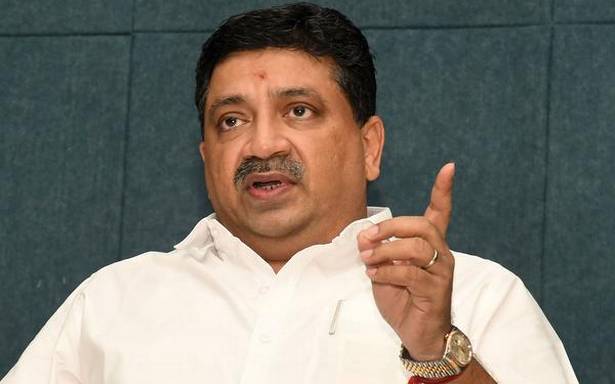 The hike has now been deferred; State Finance Minister Palanivel Thiaga Rajan had said it would dampen demand and farmers and MSMEs would be affected, just when the sector was recovering from the effects of the pandemic

Opposing the proposed hike in GST on textile from 5% to 12%, the Tamil Nadu government on Friday had contended that the hike on fabrics, including handlooms manufactured from the natural fibre, will dampen demand and thereby farmers and MSMEs would be indirectly affected.

The GST Council later on Friday, decided to put on hold the decision to hike tax rate.

State Finance Minister Palanivel Thiaga Rajan, at a special sitting of the GST Council in Delhi that had the sole agenda to discuss the hike in GST on textile to 12%, had said: “Alternatively, it may be considered that readymade garments having sale value of above ₹3,000 or ₹5,000 be taxed at the higher rate of 12% and allow the present rate of 5% on textiles below this level.”

Pointing out that human-made fibres were produced through automated processes involving low labour with high capital but the process of natural fibres was more labour intensive and has a downstream impact on farmers, he said that this sector was also run with lower capital, mostly by MSMEs.

“The proposed hike in GST on textile could not have come at a more inopportune time when the industry is limping back to normalcy from the onslaught of the COVID-19 pandemic,” Mr. Rajan said.

Tamil Nadu was one of the major states producing handloom, power loom textiles and hosiery goods in the country and this sector was next only to the agriculture in terms of employment generation. Before the introduction of GST, under the VAT regime of Tamil Nadu, textiles were given full exemption throughout and readymade garments were subjected to tax at 5%, he recalled. The textile industry in Tamil Nadu was a forerunner in providing employment in the State, he said.

“The handloom sector which is barely surviving on the subsidies granted by the State government will not be able to absorb this blow due to the increase in GST,” the Minister argued.

Associations had represented that the increase in GST would cause large-scale unemployment in the weaving industry due to non-availability of additional loans and working capital, he said, and further requested the Chairperson of the GST Council to kindly consider reversing the hike in GST.