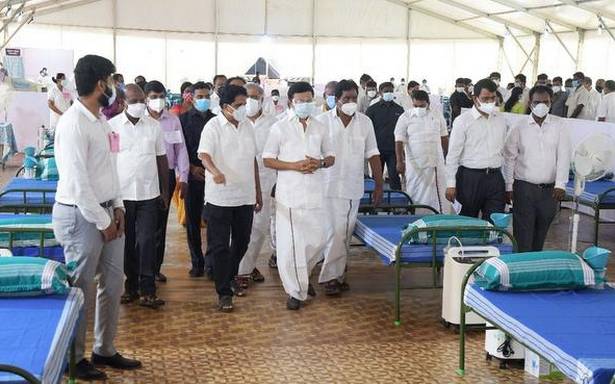 In May 2018, the police had opened fire on anti-Sterlite protestors while they were marching towards the Collectorate demanding closure of the copper smelter unit on charges of polluting the environment and causing health hazards to those living in its surroundings.

The chairman of Thiagarajar Mills, Karumuttu T Kannan and Hari Thiagarajan spoke to the CM regarding setting up an oxygen plant at a cost of ₹50 lakh at the Government Hospital for Thoracic Medicine at Thoppur by the Thiagarajar group. The plant will help to provide oxygen for 50 beds round-the-clock, they said.