Saayoni Ghosh was arrested on Sunday evening following allegations that she had “disturbed a poll rally of CM Biplab Kumar Deb, hurled expletives and pelted stones” at people gathered there. 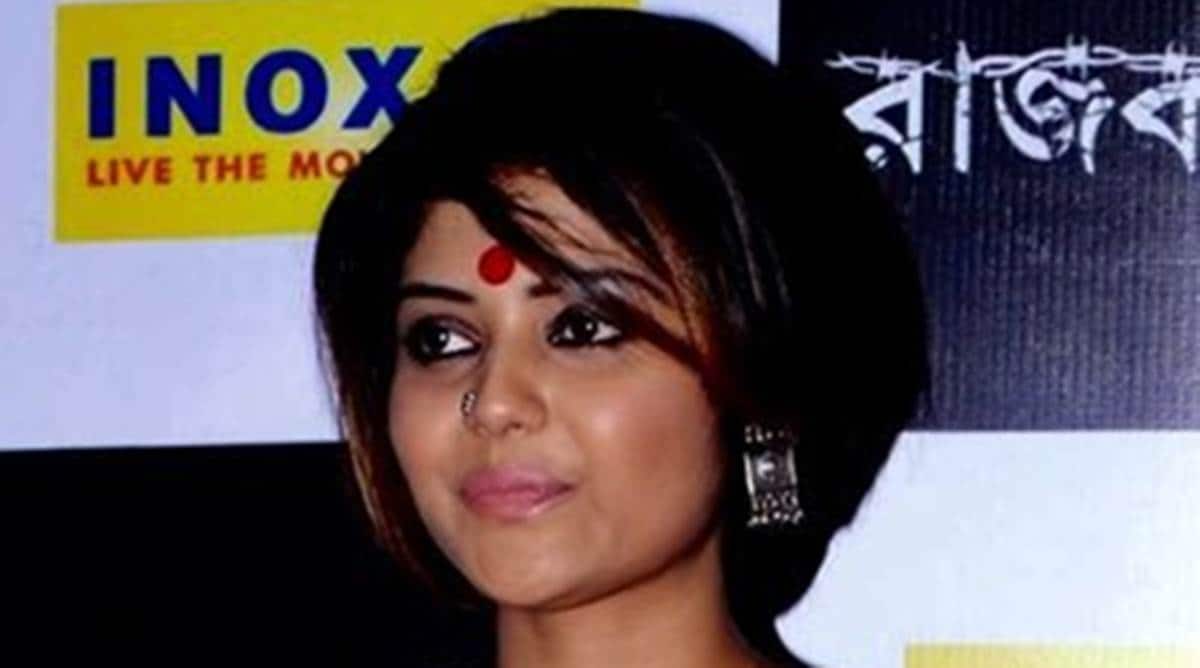 A day after she was arrested on charges of criminal intimidation and attempt to murder, Trinamool Congress leader Saayoni Ghosh was on Monday granted bail by the West Tripura Additional Chief Judicial Magistrate’s (CJM) Court for a bail bond of Rs 20,000.

Ghosh was arrested on Sunday evening following allegations that she had “disturbed a poll rally of CM Biplab Kumar Deb, hurled expletives and pelted stones” at people gathered there.

Speaking to indianexpress.com Assistant Public Prosecutor Bidyut Sutradhar said Ghosh was granted bail from the CJM court with a surety bond of Rs. 20,000.

“We prayed for remanding the accused in police custody for two days. After hearing both the sides, Additional CJM Soumya Bikas Das released the accused on bail,” he said.

While Ghosh and her TMC colleagues declined to comment on the matter in front of the court after she was released from custody, her lawyer Shankar Lodh said the bail was granted since the court found nothing to justify the charges of Section 307 (attempt to murder) and Section 153 A (offense committed in place or worship or assembly engaged in religious ceremonies).

“We pleaded before the court that there was no hint of Section 307 and Section 153 A of IPC in the case filed against her. The court accepted our submission and granted bail,” Lodh said.

“The FIR alleges that Ghosh threw stones from inside the car. The police statement said the car stopped and Ghosh pelted stones after climbing on to the roof of her car. There are many contradictions. Besides, the police couldn’t submit any injury report to sustain the allegations against her,” he said.

“What wrong did Ghosh say? She said ‘khela hobe’ (game is on). Prime Minister Narendra Modi had also said the same thing in Bengal. Moreover, Modi, while chanting the same slogan, had targeted CM Mamata Banerjee in an unacceptable manner. Was that not criminal intimidation? But we shall not walk in the steps of BJP. There is a basic difference between us and them,” Banerjee said.

He alleged that Trinamool Congress activists were attacked near East Agartala Women’s Police Station when Ghosh was being interrogated inside on Sunday. He said that the BJP-led government in Tripura is “autocratic” and “defies the judiciary and democratic rights”.

Responding to BJP’s allegation that TMC is in a ‘shadow nexus’ with opposition CPI(M) and Congress in order to overthrow BJP, Banerjee said, “Why didn’t they make these allegations four months back? Trinamool’s entry into Tripura has rattled them.”

Ahead of the municipal polls slated to be held on November 25, Banerjee said if free and fair elections are held, BJP would not be able to “even open its account”.

Reacting to his comments, Tripura Information and Cultural Affairs Minister Sushanta Chowdhury later said, “We shall speak on November 28 (after counting). They (TMC) should not hide their face on that day and should not say free and fair polls were not held.”

Union Minister of State (MoS) for Social Justice and Empowerment Pratima Bhowmik alleged that ‘a section of people from outside’ have come to the state to disturb the peaceful environment.

“We believe in peaceful politics. But what we are seeing now is not the culture of Bengalis, but that of Bargis…Their attempt of disrupting law and order will not be successful,” she said.

Meanwhile, a case was registered against West Bengal minister Firhad Hakim for his allegedly saying that five BJP supporters would be killed in Bengal for every Trinamool Congress activist hurt in Tripura.

A senior Tripura cop said a case was lodged at Sonamura police station in Sepahijala district under Section 506 of the IPC. “Investigation is on. Permission will be taken from the court before registering an FIR,” he said.