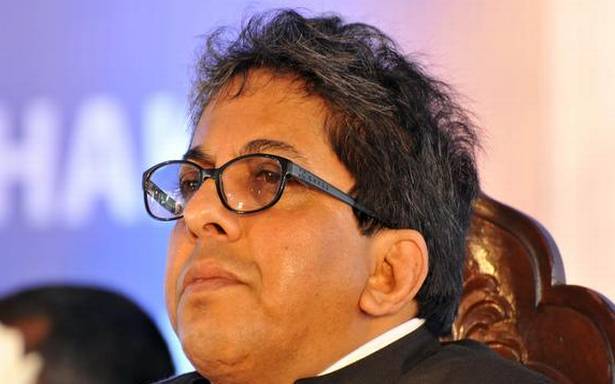 With the Centre issuing a showcause notice to the former West Bengal Chief Secretary Alapan Bandyopadhyay under The Disaster Management Act, a war of words erupted on Tuesday between the Trinamool Congress and the BJP.

Mr. Bandyopadhyay, who was on Saturday asked to report to Delhi on Tuesday, opted to retire on Monday and was then appointed Chief Adviser to Chief Minister Mamata Banerjee. The showcause notice was sent to Mr. Bandyopadhyay late on Monday evening.

“And whereas, by this Act of abstaining himself from the review meeting taken by the Prime Minister, who is also the Chairman of the National Disaster Management Authority ( NDMA) in the aftermath of Cyclone Yaas as part of his visit to cyclone affected areas in the State of West Bengal, Shri Alapan Bandyopadhyay, Chief Secretary, Government of West Bengal has acted in manner tantamount to refusing to comply with lawful directions of the Central government and is thus violative of Section 51(b) of Disaster Management Act, 2005” the letter addressed to Mr. Bandyopadhyay on May 31 read.

Even though the State Secretariat, Nabanna, was closed for sanitisation on Tuesday, the showcause notice to the retired bureaucrat created ripples in political circles of the State.

The Trinamool Congress leadership described the notice to the former Chief Secretary even after he had retired from service as an “act of vengeance” .

“The Centre seems to be guided by the logic that might is always right. This development indicates an ulterior motive on its part to not allow the West Bengal government to function properly during a pandemic and post a natural disaster,” Trinamool Congress spokesperson and Rajya Sabha MP Sukhendu Sekhar Roy told The Hindu. Mr. Roy said there are many issues that remain unanswered as to why the former Chief Secretary after being granted a three-month extension (on May 24) was summoned to Delhi on May 28.

However, Leader of Opposition in the State Assembly Suvendu Adhikari of the BJP, demanded action against Mr. Bandyopadhyay and targeted the Chief Minister, accusing her of trying to “to destroy India’s federal structure”.

“Theatre of the absurd is playing out in West Bengal. For the sake of her own ego, to destroy India’s federal structure and protect the Chief Secretary for his indiscipline, (non-MLA) CM @MamataOfficial. Didi is bringing disrepute to the CM office and the Constitution of India,” Mr Adhikari said on social media.

It was the presence of the Nandigram MLA at the meeting called by the Prime Minister to review the situation on May 28 in the aftermath of Cyclone Yaas that had irked the Chief Minister. Ms Banerjee had repeatedly raised the point that from a PM to CM meeting, the agenda was changed, and BJP leaders and Union Ministers were made to join the meeting.

The Chief Minister, however, has denied that she had boycotted the meeting and said she had met the Prime Minister at the Kalaikunda air base with the Chief Secretary and sought his permission three times before leaving for Digha.

West Bengal Governor Jagdeep Dhankhar had, however, on social media said that Ms Banerjee had indicated to him that there would be a “boycott by her & officials of PM Review Meet #CycloneYaas if LOP @SuvenduWB attends it. Ego prevailed over Public service,” he said, adding that, “May 28 will go down as ‘a dark day’ in India’s long-standing ethos of cooperative federalism.”

Several other Trinamool Congress leaders targeted the BJP and the Governor over the developments. Former MP and TMC spokesperson Kunal Ghosh said Mr. Adhikari has no right to raise questions on the conduct of Mr. Bandyopadhyay. Mr. Ghosh said Mr. Adhikari had joined the BJP to evade arrest in the Narada case and Sarada scam. Senior TMC leader and former Union Minister Yashwant Sinha had on Monday described the Governor as the “real leader of the Opposition”.