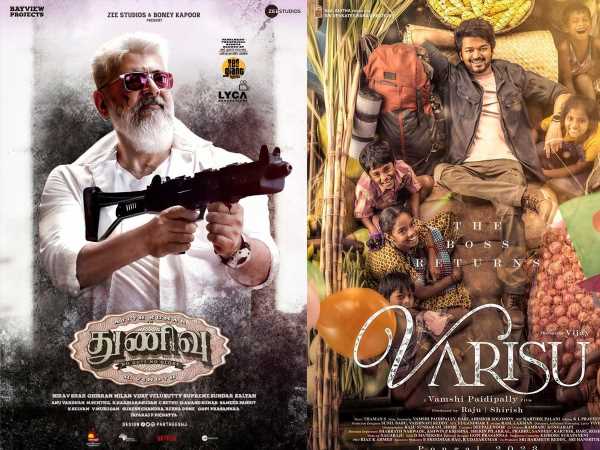 Thunivu  and  Varisu USA Premieres Pre-Sales collections  :  Ajith Kumar is now coming up with an action drama  Thunivu  which is all set to clash at the box office with Thalapathy Vijay and Kannada lady Rashmika Mandanna starrer Varisu. As both much hyped movies – Thunivu and  Varisu  are hitting the theatres on  the eve of Sankranthi, fans are eagerly waiting for their arrival.

The bookings for both of these movies Thunivu , Varisu  have been started.  Here is the latest UAE Premieres Pre-Sales collections of Thunivu and Varisu .

Vijay starrer Varisu is a Telugu and Tamil bilingual film is produced by Dil Raju Sirish under  the banners of Sri Venkateswara Creations and PVP Cinema. The movie also has versatile actor Prakash Raj, Shaam, Srikanth, Khushboo, Yogi Babu, and R Sarath Kumar in the important roles. Vamshi Paidipally directed the film depicting Thalapathy Vijay as a young man in the character of a business tycoon. He meets his love while managing his father’s empire.

The  action heist film Thunivu  is written and directed by H. Vinoth, and produced by Boney Kapoor.