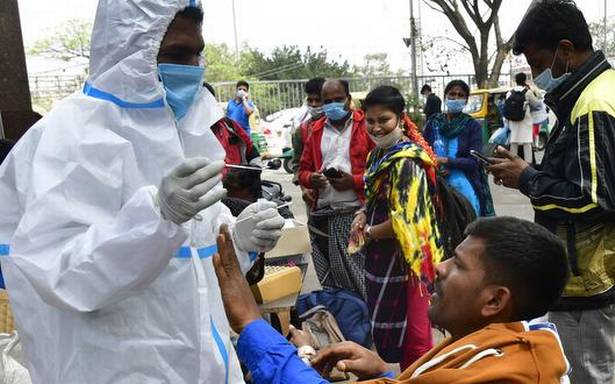 But, people coming from Kerala must possess a negative RT-PCR test report not older than 72 hours

Following Kerala Chief Minister Pinarayi Vijayan writing to Prime Minister Narendra Modi asking him to intervene in the matter of Karnataka laying restrictions on people entering from the neighbouring State, Health Minister K. Sudhakar has clarified that there is no prohibition on travel but there are protocols to be followed in the light of a spike in COVID-19 cases.

He said in a tweet, “Karnataka has not prohibited inter-State travel between Karnataka and Kerala. However, as a precautionary measure, guidelines have been issued that travellers entering Karnataka from Kerala must mandatorily possess a negative RT-PCR test report not older than 72 hours.”

Dr. Sudhakar pointed out that similar steps had been taken for people visiting Karnataka from Maharashtra. “These steps are necessary to keep a check on transmission of COVID-19 virus from Kerala and Maharashtra as they are witnessing a spike in recent weeks,” said the Minister.

Cluster formations in Bengaluru and Mangaluru have been attributed to people arriving from these States.

Meanwhile, Ramachandra Bairy, Dakshina Kannada District Health and Family Welfare Officer, said that those travelling from Kerala are being asked to produce either COVID-19 negative certificate or SMS received on their mobile phones for having given the throat and nose swab samples for testing. For daily commuters from Kerala, the college principals and company authorities have been made responsible for getting the students and their employees tested. Students appearing for examinations are not being stopped.

“We are not preventing the movement of people between the two States,” Dr. Bairy said.