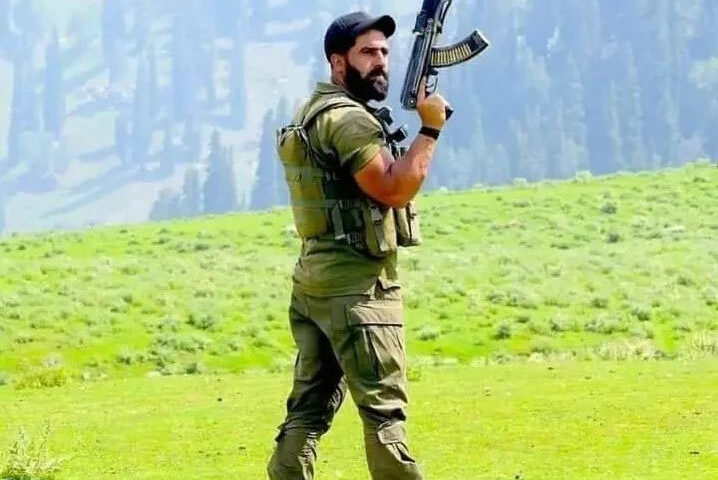 A salute to Commando Mudasir Ahmed Sheikh, known as Bindaas to Indian Army officers and colleagues in the J&K police, who was killed in action last week in an encounter that eliminated three terrorists in Kashmir.

Everyone in Baramulla knew Commando Mudasir Ahmed Sheikh as Bindaas. The people of the district, soldiers from the Indian Army and colleagues in the Jammu and Kashmir police called him by that name. Security personnel who had conducted counter-infiltration and counter terrorism operations alongside him had his number saved on their mobile phones under ‘Bindaas’.

The moniker had its origins in Ahmad’s passion for training in the J&K police academy and the exceptional commando he turned out to be.

His peers felt that he would always go beyond the training manual and curriculum. At the end of training day, he would be found in the gym, pushing himself hard so that he could acquire the fitness befitting a commando.

Among the first to volunteer to enter a house or a forest, he was often the ‘first point of contact’ with well armed, well trained, indoctrinated terrorists who have no fear of death.

Security personnel experienced in counter-terror ops will tell you that the ‘first point of contact’ is face-to-face with death perhaps in every anti-terror operation.

They will also tell you that the Pakistani terrorists who infiltrate into Kashmir carry sophisticated weapons, improvised explosive devices, communication sets, wear bullet proof jackets, helmets and have enough firepower to cause maximum civil and military casualties. Bindaas carried a dagger in front of his jacket, a pistol, an AK-47 with 4-5 magazines whenever he went for an operation.

He did not like carrying grenades because a grenade had to be thrown through a window and did not allow him to see who/what he was firing at. He always stormed through the door and fired directly at the terrorists, remembers a fellow man-in-arms who did several ops with him.

He was a vital part of many anti-terror teams which eliminated terrorists and saved countless lives in Kashmir.

One must also bear in mind that terrorist elimination is a result of coordinated actions of an entire team.

In August 2019, Bindaas was a member of the joint army-J&K police operation where his colleague Special Police Officer Bilal Ahmed was martyred after gunning down terrorists inside a house while rescuing civilians.

SPO Bilal Ahmed was awarded the Shaurya Chakra. His mother’s grief at the award ceremony at Rashtrapati Bhavan last November had shaken the entire nation.

Bindaas was saddened by the loss, but he knew that the shadow of death accompanied his band of brothers in every operation they undertook.

Like all soldiers, he knew even that the most agile, physically fit, battle ready and the best of marksmen are vulnerable to that one bullet that finally fells them.

‘Jitni zindagi hai, utni hi honi hai. (The number of days in each person’s life is fixed. You cannot exceed them,’ he would say. 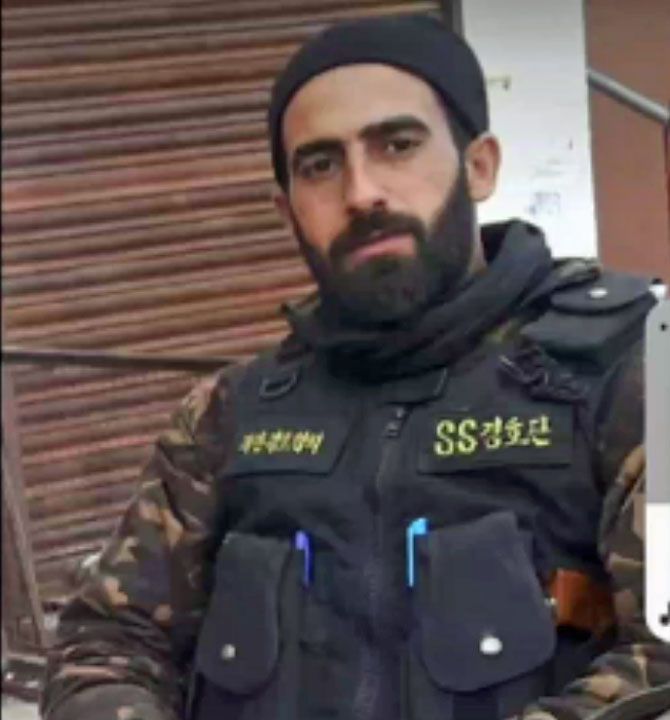 Last week, Bindaas was killed in action in an operation in Baramulla. Three Jaish-e-Mohammad terrorists were eliminated.

The encounter took place at a checkpoint in an area that lies between Srinagar and Gulmarg.

Gulmarg, the popular tourist spot, has seen a record number of visitors this summer.

If the three terrorists had been successful in reaching Srinagar, they would have had enough firepower to inflict several casualties.

Mudasir Ahmed Bindaas sacrificed his life to stop that from happening.

“He was fearless,” says a soldier who served with him.

“He was jovial and had a big smile.”

At about 5 feet 9, he was extremely fit and had biceps “like an elephant’s trunk”, he adds.

Being a J&K police special operations commando is a very taxing task, but he made time to go the police gymnasium post-midnight or whenever he found time.

People were drawn to his physique and personality; they would often walk up to him for a selfie. 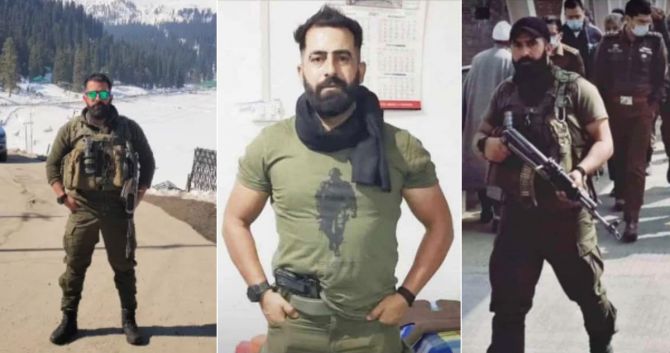 Young army officers, who conducted operations with him, would advise him to join the Indian Army or the National Security Guard, but Bindaas would say he wanted to be on the field 24×7.

Army personnel engaged in counter terrorist operations serve tenures of two-and-a-half years in Kashmir and get posted out, but as a special operations commando he could be part of CT ops regularly.

This is what he had signed up for.

“He did not want position, power or a chair,” remembers a fellow security personnel.

“‘I just want my boots, uniform, weapon and a mobile phone. I want to keep doing counter terror ops’, he would say with that wide smile.”

“Taking a bullet in your chest is the most glorious way for a soldier to go.”

“Glory comes to those who are brave and Bindaas. Probably God also looks out for them because he wants them to guard the gates of heaven,” says the soldier saluting the warrior.

“Bindaas was, is and will always be Bindaas. His loss has personally hit many who had the privilege of serving alongside him.”