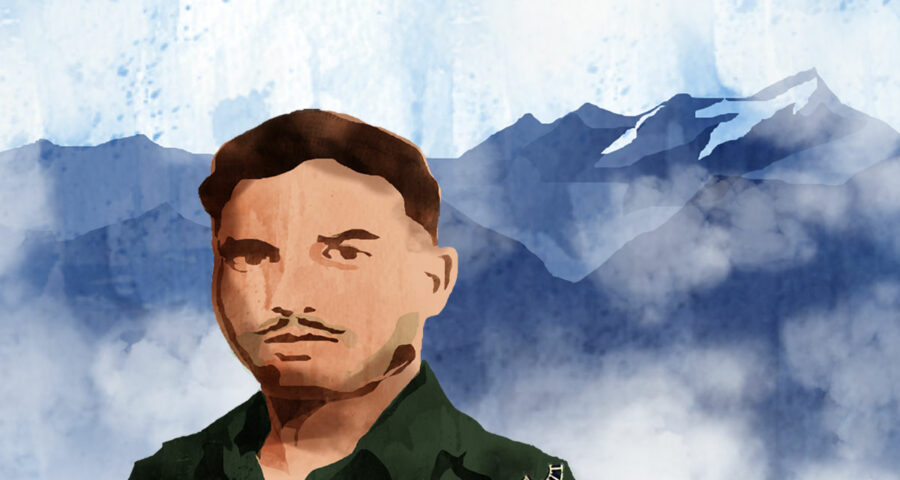 The Chinese admitted that they had suffered the maximum casualties fighting in the first battle on October 20, 1962, and these casualties had been inflicted mostly by 2 Rajput.
Claude Arpi salutes Major B K Pant and his fighting force of 112 men, 82 of whom lost their lives in the Battle of Namkha Chu, and whose courage must never ever be forgotten by a grateful country for who they laid down their lives.

For the Indian nation, the 1962 conflict with China is one of the most traumatic post-Independence Indian events; for those who fought, for their families and for the Indian Army in general, the experience was extremely harrowing.

Contemporary China likes to speak of what they call their 1962 ‘counter-attack’ in the North-East Frontier Agency and Ladakh, but uses it for different purpose: to project its present strength and threaten India, forgetting that India of 2022 is not the India of the 1950s or 1960s.

When today the Chinese military leadership speaks of a ‘repeat of 1962’ (If India would not behave), it seems to overlook the many battles where hundreds of Chinese PLA troops were killed by heroic Indian soldiers.

Unfortunately, some of the heroes of 1962 have been neglected by history.

Though the official history of the war published by the ministry of defence records the prowess of several units, many individuals are not mentioned.

Take the 2 Rajput, for example, the official history says: ‘Of the units deployed on the Namkha Chu [river], the Rajputs suffered the most. They were preparing for the morning ‘stand to’ routine practice in adopting defensive positions in battle order when they were caught between the frontal fire of the Chinese guns and the main attack from the rear.

‘Their companies were widely dispersed and each fought its own battle, taking on wave after wave of the enemy as long as men remained standing. In many cases, entire platoons were wiped out.’

It is a fact the nearly all the company commanders were killed except the wounded Commanding Officer Lieutenant Colonel M S Rikh and the battalion’s second-in-command, Major Gurdial Singh (who was eventually awarded a Mahavir Chakra); both were taken to Tibet; the former’s role is hardly acknowledged today.

The Tale of Major B K Pant

One of the officers of the 2 Rajput who has not sufficiently been mentioned in the history of the battle of Namkha Chu is Major B K Pant.

In his memoirs (The Himalayan Blunder) Brigadier John Parshuram Dalvi, the commander of the ill-fated 7th Infantry Brigade ,called the young major’s leadership and indomitable courage, a true epic: ‘When the Chinese shelling commenced, Pant went round the locality bracing the men for the inevitable assault.

‘He told the men that this was the day in which they would write a new chapter in the history of the battalion; and the time had come to show the Chinese the qualities which had made the name Rajput synonymous with courage and tenacity.’

Why this bravery was not recorded in the Official History is a mystery.

Brigadier Dalvi explained that Major Pant was wounded in the leg but continued to insist on exposing himself during the shelling ‘to reassure his men who had never experienced artillery fire.’

Soon, Major Pant was wounded in the stomach and both legs.

Realising that the major was responsible for their heavy casualties, the Chinese brought heavy machine-gun fire to neutralise him before launching their fourth attack; by then Major Pant’s body was riddled with bullets.

Brigadier Dalvi writes that despite his agony the brave major continued to inspire his men who seeing ‘the indomitable will of this man, rose to super-human heights and broke the fourth attack. Pant losing blood rapidly, was nearing his end but would not cry enough.

‘He shouted to the men that Rajputs never give up and never die. His last stirring clarion call was to remind his jawans to fulfill their destiny and historical role as members of the martial clan from whom descend all other fighting men in India.’

Major Pant’s last words were: ‘Men of the Rajput Regiment, you were born but to die for your country. God has selected this small river for which you must die. Stand up and fight as true Rajputs.’

Brigadier Dalvi noted: ‘The Chinese later admitted to one of our senior prisoners-of-war that they had suffered the maximum casualties of the NEFA fighting in the first battle — and these casualties had been inflicted mostly by 2 Rajput.’ 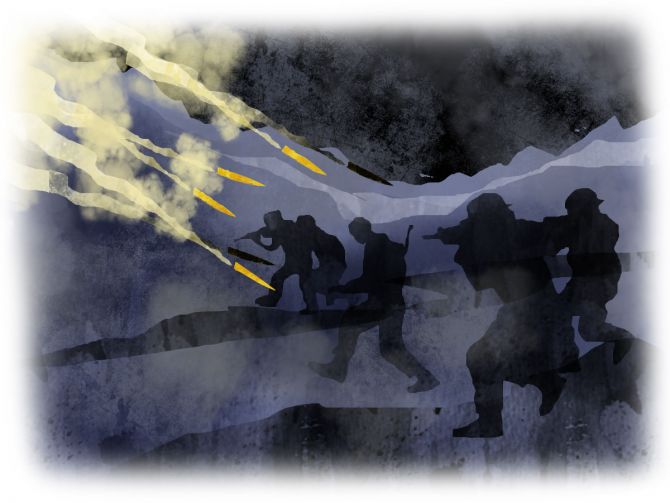 After retirement, Brigadier M S Rikh, the former commanding officer of the 2 Rajput, asserted: ‘Where officers lead men will always follow. It is easy to command, but it is a different matter to lead. A leader has to show the way. A commander directs as to what is to be done.

‘Doing and directing are two different things. In an infantry battalion there can only be leaders and no directors.

‘It has been my privilege to have commanded 2 RAJPUT at a time when the unit had to carry out the most difficult task in its whole history.’

Brigadier Rikh admitted that ‘the battalion did more than even I expected it to do. For no man can do more than give his life for a cause, however impossible the task may be.’

He recalled his experience while being interrogated by the Chinese interpreters in the PoW camp: ‘They asked me on several occasions what were the characteristics of the Rajput Battalion as different from that of other troops in the Indian Army. I enquired of them the reason why they were asking me these questions.

‘They finally told me that it was in the first battle on 20 Oct 1962, that the Chinese army had suffered the maximum casualties of all the fighting in NEFA.

‘These casualties had been inflicted on them by the Battalion. I felt proud to have commanded such a unit.’

The former CO concluded: ‘We must ensure that at a future date when the time to defend our country again comes, we are not found lacking.’

He then told young officers: ‘Yours is the responsibility, lead the way with courage and perseverance, the men will not be far behind.’

General Tewari wrote: ‘Major Pant had really inspired his men and they had killed a number of Chinese. We were told by many of our men in the PoW camp later that even after Pant was killed and his position overrun, the Chinese kept bayoneting his dead body repeatedly.

‘They were perhaps angry because of the large number of casualties which Pant and his men inflicted on them.

‘Otherwise, who would expect a regular army soldier to go on bayoneting a dead body in battle! This was also confirmed by a Chinese officer when we were in the PoW camp.’

General Tewari regretted: ‘Major Pant should certainly have been honoured and given a high gallantry award posthumously. But such was the state of wrong in the Indian Army hierarchy at the time, that not only did he go unrecognised but others who had run away the quickest with least regard for their command responsibilities, were given gallantry awards.’

But it is not the end of the story. 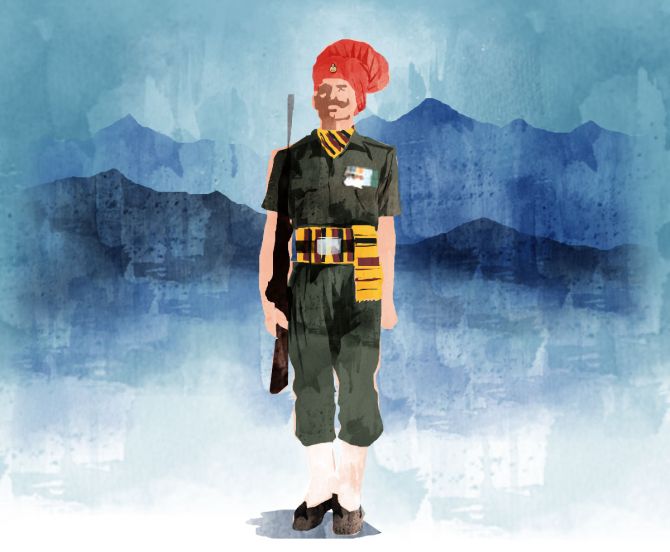 Though in December 1962, the Indian civil administration returned to Bomdila from where the administration progressively restarted functioning, it is only in 1986 that the Assam Regiment of the Indian Army went permanently in the forward areas after 1962.

In some places, the army found a large quantity of bodies.

The Assam Regiment was tasked to record in detail the names, locations, position of the bodies, etc of each jawan that they found.

They did this and even prepared maps of the locations.

On the mountain heights, the bodies were well preserved, but on the Namkha Chu only skeletons were found.

Unfortunately, the Assam Regiment was not allowed to bring back the bodies and later they were tasked to destroy all the records of what they found; orders had come ‘from above’ not to keep anything, says an officer who witnessed the incident; Delhi was probably too nervous of a Chinese reaction (the official argument was that it would disturb the families of the dead Indian jawans).

Incidentally, in 1986, the General Officer Commanding the 5 Division (responsible for the area) was Major General J M ‘Jimmy’ Singh, also from 2 Rajput. Unfortunately, he could not convince Delhi.

It has to be noted that no Indian officer’s body was found.

What happened to the remains of the Indian officers killed on the Namkha Chu and other areas is still a mystery.

One can only assume that they were taken to Tibet and buried there.

Sixty years after these tragic events, the Chinese should be asked to clarify this, even though they probably prefer to forget some of the aspects of the Namkha Chu battle.

Claude Arpi is a Senior Contributor to Rediff.com and has contributed many exclusive features on the 1962 War, some of which you can read in the related links posted with this feature.