Whether social media is a good or a service, there is no doubt it is subject to government regulation. 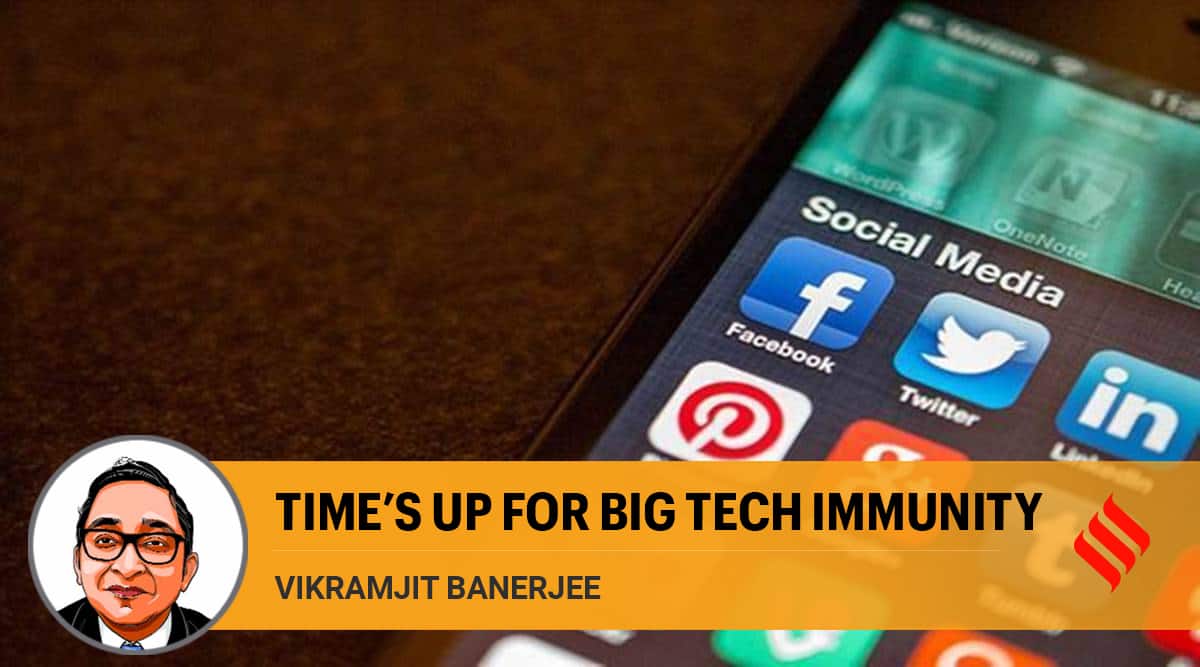 The internet has revolutionised the world. Its impact on civilisation has been as fundamental as that of the invention of fire or the wheel or the rise of the machines. Just as structures of governance of the feudal age had to give way to structures of the industrial age, we are in the process of a transition from the industrial to the internet age. This churn affects how we see economics, politics, society, governance, democracy and our fundamental rights. In many cases, the same would require redefinition, in other cases reorientation. The biggest example is free speech and privacy today. However, it would be stupid to be either unmindful of our past historical experiences or the everlasting provisions of our Constitution.

It is in this context that we must see the new Information Technology Rules, 2021 formulated by the Government of India. In many ways, it attempts to bring in a minimum regulatory standard to the wild west of social media. The outrage has been on expected lines. But it is time that we look beyond it and assess what regulation of social media means.

Social media is a direct product of the globalised internet. It is a commercial product which connects people all over the globe. It allows people to converse with each other through profiles both known and anonymous. It allows transmission of information real-time across the world. There are different companies which operate and sell their products in the social media space. The object is purely commercial, that is to make money. The fact that a commercial product could be used for a social purpose does not make the product a social good. To think otherwise is to argue that Remington, which manufactured typewriters, was responsible for the Universal Declaration of Human Rights, because the documents had to be typed. However, considering the number of people social media connects and the amount of information it conveys, it is a very important product of the internet age and is unique.

Is social media a good or a service? Whatever it is, no doubt, it would be subject to government regulation at the very minimum. The present amendment to the rules is to formulate a broad and soft-touch regulation mechanism for use of the product, just like one would for a good like a car or a service like chartered accountancy.

The biggest question is that of freedom of speech. Social media companies enjoy an immunity — they are not considered responsible for the contents posted on them, on the ground that social media is merely a platform or a sort of a glorified postbox. In the US, this comes from the famous Section 230 of Communications Decency Act, in India it is incorporated under the Information Technology (Intermediary Guidelines) Rules, 2011 framed under Section 79 of the Information Technology Act. The present amendment to rules only tries to update and make these rules workable considering the latest global developments. The rules also attempt to create a soft-touch self-regulatory mechanism for social media intermediaries having extensive market presence.

This protection is itself unique as it is not extended to newspapers, magazines or even websites. A website cannot hold out that it is not responsible for the content published on it, while a social media company can, on the grounds that it is an “intermediary”. If a newspaper or a magazine is legally responsible for anything published on it, what makes social media any different? There was the argument that newspapers and magazines have editorial boards who can look into the content and choose what to publish unlike social media companies, but considering the increasing interventions being carried out by social media companies in posts by individuals, that argument doesn’t hold much water. If a social media company can choose not to publish the posts of the President of the United States, it obviously has complete editorial control. This protection is given by the government as an exceptional measure and a largesse to expand the usage of the internet and “what the government giveth, it can taketh away”.

Further, the courts have always held that commercial or political speech is subject to restrictions as stipulated under the fundamental rights chapter of the Constitution. The Constitution itself gives us a restricted right to freedom of speech under Article 19(1)(a) and 19(2). The argument that social media is entitled to some form of higher protection because it exists on the internet or that the unwritten laws of the internet overrule provisions of the Indian Constitution and fundamental rights is an untenable and dangerous argument, simply because the Constitution doesn’t recognise a hierarchy of rights depending on the medium through which the freedom of speech is exercised.

Third, because social media has become so crucial to commercial and political speech in this country, there is an urgent need to regulate it. It has effectively become a public square in which the most important conversations on politics and society are discussed. The function of social media is clearly a public function at the lowest and as a public utility at the high end, and, therefore, automatically subject to regulation and the writ jurisdiction of the courts.

Increasingly, social media companies have started attempting to regulate policies of government of the day, however marginally. History says when limited companies start interfering in governance policies, it grows into economic exploitation and political intervention on a grand scale. India had one such experience from which we are recovering only now. The company was called the East India Company.

This article first appeared in the print edition on June 18, 2021 under the title ‘Time’s up for big tech immunity’. The writer is a senior advocate of the Supreme Court and Additional Solicitor General of India. Views are personal.