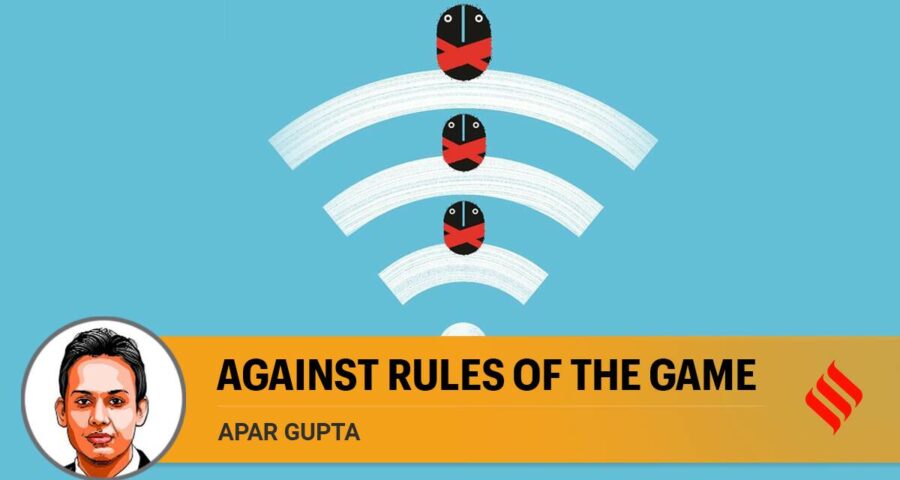 Apar Gupta writes: There is judicial consensus that they lack statutory backing and harm freedom of speech and expression. 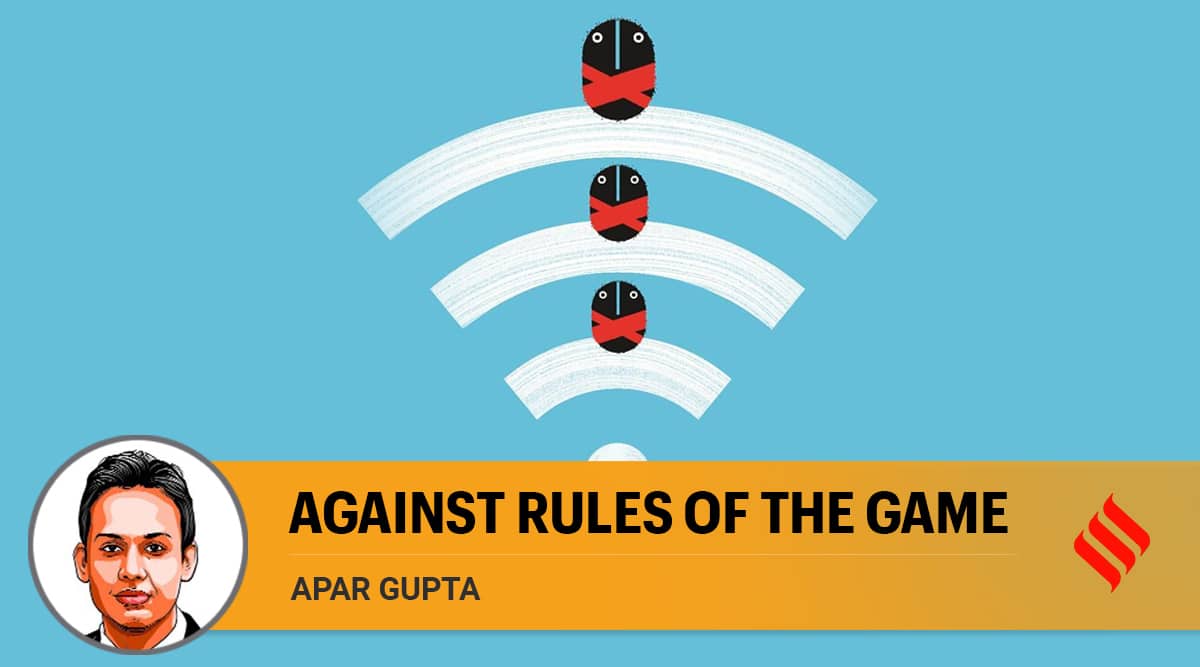 Much distance has been covered since February 25, when the Information Technology (Intermediary Guidelines and Digital Media Ethics Code) Rules, 2021 were notified. The IT Rules were promised as a panacea for the myriad harms caused by social media platforms, digital news media outlets and online video streaming providers. A joint press release issued on the same day by the Ministry of Electronics and Information Technology and the Ministry of Information and Broadcasting stated they are, “a fine blend of liberal touch with gentle self-regulatory framework”. Such claims did not amuse legal experts, policy professionals, industry bodies and even UN Special Rapporteurs as its provisions undermine the rights and freedoms of internet users. In the interest of brevity, an analysis of the IT Rules has been avoided as it has been published earlier (‘Accountability with a cost’, IE, February 26).

Many of the concerns expressed have, over the months, found their way to court. Today, there are more than 18 petitions challenging the constitutionality of the IT Rules in various high courts, with interim orders emerging in three cases. These judicial determinations contain a clear acknowledgement of the dangers posed by the IT Rules and merit a closer examination. The first order of significance was issued on March 10, 2021 by the Kerala High Court in a petition filed by LiveLaw Media which is an online publisher of legal news and analysis. It restrained any action against the petitioner. While a modest victory, the order effectively stays a regulation framed by the central government. Such protections by courts are not made ordinarily, preferred only in instances where a clear injury is evident.

A more extensive determination has been made by the High Court of Bombay in clubbed petitions filed by the entity operating the digital news media platform, The Leaflet, and by journalist Nikhil Wagle. By an order on August 14, 2021, the court has stayed two core provisions of the IT Rules that govern online news media platforms. The order neuters sub-rules (1) and (3) of Rule 9 that required compliance with a “code of ethics” that would be applied by a three-tiered structure presided over by the Ministry of Information and Broadcasting. The order reads like an objective determination, fairly considering the submissions of the government as well as the doctrine of constitutionality for initially presuming the validity of the IT Rules. However, this is cast aside as the court finds that the provisions for media governance go far beyond the allowance permitted by the principal provisions of the Information Technology Act. The court reasons that the compliances under the “code of ethics” either lack the force of law, or have a distinct statutory framework such as under the Cable Television Networks (Regulation) Act. Beyond such technicalities, the larger danger of the IT Rules glares through when the court observes that, “people would be starved of the liberty of thought and feel suffocated to exercise their right of freedom of speech and expression, if they are made to live in present times of content regulation on the internet with the Code of Ethics hanging over their head as the Sword of Damocles.”

This decision invited much deserved commendation not only from the public but also from the High Court of Madras. Passing an order on September 16, 2021 in the clubbed petitions filed by musician T M Krishna and the Digital News Publishers Association, the Madras High Court confirmed the pan-India effect of the earlier decision by the High Court of Bombay. Hence, today the IT Rules are broadly inapplicable to digital news media outlets. However, the scope of the petitions before the High Court of Madras is broader. They urge additional remedies for users of social media platforms which are classified as intermediaries. Here the court notes that, “there is substantial basis to the petitioners’ assertion that Article 19(1)(a) of the Constitution may be infringed in how the Rules may be coercively applied to intermediaries.” It further observes, “there is a genuine apprehension, as the petitioners suggest, that a wink or a nod from appropriate quarters may result in the platform being inaccessible to a citizen”.

A collective reading of these three interim orders is an expression of judicial consensus. According to the courts, the IT Rules conflict with our constitutional freedoms in two clear ways. First, they lack statutory backing and second, they substantially harm the freedom of speech and expression of users of the internet. This has resulted in an effective restraint on the provisions against online news portals and there is a real possibility that a similar finding may emerge with respect to social media platforms. The outcomes which have resulted are particularly significant given that there is common cause between the interests of citizens and the government that requires us to look beyond litigation to rights-led and rights-based policy determinations. But it is unlikely this will happen.

Given the multiple challenges in high courts across India, the Union government has filed a transfer petition before the Supreme Court. This would effectively transfer and bundle all existing challenges without serving “transparency, accountability and rights of users” as claimed in the press release. To be candid, the IT Rules achieve the very opposite of such ostensible goals. Over the next few months, if not years, continuing litigation will be drawn out, taking away resources from the creation of urgently needed governance frameworks. While the best course is for a recall of the IT Rules, a more cynical yet predictable forecast is for lingering indeterminacy and regulatory stasis.

This column first appeared in the print edition on September 30, 2021 under the title ‘Against rules of the game’. The writer is executive director, Internet Freedom Foundation, and an Ashoka Fellow