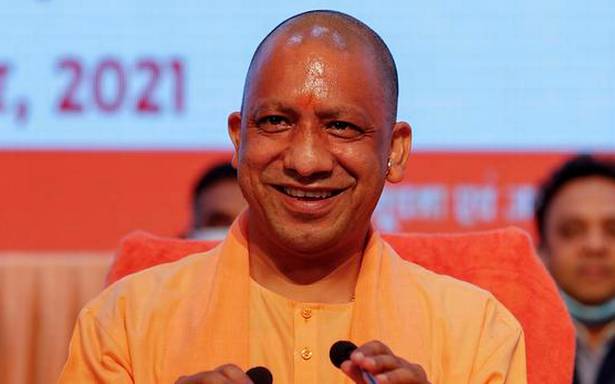 The Yogi Adityanath administration is untrammelled by constitutional morality

In a recent taunt against Muslims, Uttar Pradesh Chief Minister Yogi Adityanath railed against “people who say abba jaan”, falsely claiming that earlier governments provided them alone with subsidised rations while depriving others of the same. He wears his hatred of Muslims, his bigotry, intolerance of dissent, and impatience with constitutional niceties as badges of honour. The State he helms has veered dangerously far from the inclusive, free and egalitarian guarantees of the Constitution. He also raged about alleged “shameless” sympathisers of the Taliban in India. The irony — surely unintended — is that his administration mirrors some of the religious intolerance and encouragement of violence that are hallmarks of the Taliban.

Priorities of the administration

Years before he became Chief Minister, Mr. Adityanath founded a hard-line Hindu youth militia, the Hindu Yuva Vahini. There is in his administration a blurring of the lines between militant Hindutva groups and the U.P. police as vigilantes are appointed “police mitr” or friends of the police. This endows them with social authority and legitimacy and enables the police to function officially with vigilante groups. This works in both directions: vigilantes devoted to cow protection and preventing ‘love jihad’ believe they enjoy impunity for their violent attacks and the police are routinely deluged with toxic anti-Muslim propaganda.

Cow slaughter, or allegedly trading in beef, has been elevated to high treason against the nation. The U.P. government has frequently used the National Security Act (NSA) for ‘cow slaughter’: out of 139 people jailed under the NSA in 2020, 76 were charged with cow slaughter. Even if their engagement in the beef trade is proved, it is hard to understand how this attracts a law empowering the government to detain those who threaten the security of the country.

The U.P. police proudly reported to the media its peerless “achievement” over three years, of 6,476 “encounters” or extra-judicial shootouts against alleged criminals, mostly maiming them for life. The majority were petty criminals if not innocents; and many were charged with the crime of ‘cow slaughter’.

Another major ‘crime’ high on the priorities of the U.P. administration is inter-faith marriages between Muslim men and Hindu women, alleged to be ‘love jihad’. Mr. Adityanath directed senior police officials to investigate these alliances, and in November 2020, the cabinet passed an ordinance against what it described as an “unlawful conversion from one religion to another”. The Assembly later passed a Bill prohibiting conversion by misrepresentation, force, undue influence, coercion, allurement, fraud or marriage. But loose terms enable loose interpretation, allowing the police and vigilante groups to threaten and target Muslim men who are in consensual relationships with Hindu women. Within just a month of the ordinance, 86 people were booked in 16 cases involving allegations of conversion for love or marriage of Hindu women to Muslim men. But there have been no attempts to criminalise Hindu men who marry Muslim women; this does not fit the narrative of ‘love jihad’.

The U.P. administration does not hide its hostility to its Muslim citizens — “people who say abba jaan”. In recent months in the run-up to the State elections early next year, the temperatures of campaigns — official and social — targeting Muslim citizens, and indeed sundry subalterns and dissenters, have risen dangerously. Muslim families “voluntarily” agreed to give up their homes in the periphery of the Gorakhnath Temple ostensibly to help enhance its security. Incidentally, the head priest of the temple is the Chief Minister of the State. The next month, the anti-terror squad of the State claimed to have busted a conversion racket in which more than 1,000 people had been forced to convert to Islam. This was shrilly reported by television channels and Hindi newspapers. But many people who were contacted by independent journalists affirmed that they had converted to Islam voluntarily. The sale of meat and liquor has been completely banned in Mathura. Lynching has risen, mostly with the tacit protection of the police.

It is not just Muslims who are threatened by the strong arm of the U.P. state. People who speak of or report uncomfortable truths, who peacefully protest, Dalits, and survivors of sexual violence face the ire of such power. But in times of calamity, like the COVID-19 tragedy, all citizens are left abandoned by the hubris of an uncaring state.

The shameful rape of impoverished and Dalit girls is not new in U.P., but the open exertions of the police to terrorise the victims and protect the socially and politically influential rapists stand out. Unnao and Hathras have become part of the disgraceful lexicon of state indifference to sexual crimes against disadvantaged castes. In Unnao, it took the threat of the rape survivor to immolate herself outside the Chief Minister’s home for the police to act against the BJP MLA she charged with her rape, but the police thrashed in custody her father, who died. And in Hathras, after a teenaged Dalit girl was gang-raped, allegedly by ‘upper-caste’ men, and died, police investigations seemed geared to prove she was not raped, and her body was hastily cremated at night. The administration alleged an “international conspiracy” to defame the government and provoke caste-riots and arrested under anti-terror laws a journalist who had travelled from Kerala to report the case.

Speaking, writing or organising people against state actions has also become dangerous in U.P. The mostly peaceful protesters against the Citizenship (Amendment) Act were slammed in U.P. with 10,900 FIRs. Twenty-two people were killed in police firings, 41 minors were arrested, 500 notices were slapped for recovery from those alleged to have damaged public property, and hoardings displaying photographs of activists and civil society members accused of instigating violence and damaging public property were put up. My colleagues and I visited several towns at that time and found that the police had ransacked and looted like rioters hundreds of homes of Muslims, and their places of worship.

Infamously, as reports emerged during the second COVID-19 wave in the State of lack of oxygen, testing and hospital beds, the Chief Minister once again saw only a sinister conspiracy to defame his government, and threatened to detain under the NSA and seize properties of those who “spread rumours” of shortages on health provisioning. He even angrily dismissed the stories about floating bodies in the Ganga, claiming that it is customary for certain communities to throw corpses of their loved ones into rivers. He refused to postpone the U.P. panchayat elections, and at least 1,600 teachers who were on poll duty died because of exposure to the virus. Once again, their grieving families were offered no regret, only angry denials.

There are ominous signs that this model of Hindutva machismo is being emulated by Chief Ministers of other States such as Assam, Haryana and Madhya Pradesh. Meanwhile, U.P. has evolved into the dystopic reality of a Hindutva state, untrammelled by constitutional morality.