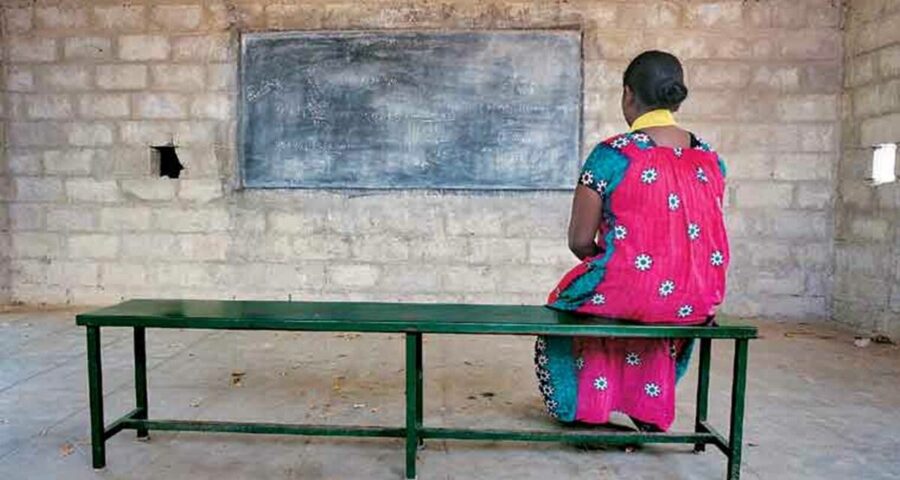 Patriarchy is reinforced by elected members of legislatures by bringing in so-called “love jihad” laws to curtail the freedom of women in choosing their partners. The so-called harbingers of Indian cultural ethos have even rescinded the age-old custom of “swayamvaram”. The Constitution drafted by B R Ambedkar opened up many pathways to emancipate and make the oppressed equal citizens in our nation. But looking back at the seven decades of the republic’s existence, we realise that we have failed Indian women and Dalits.

The scenario in 2021 is more horrifying: Patriarchy is reinforced by elected members of legislatures by bringing in so-called “love jihad” laws to curtail the freedom of women in choosing their partners. The so-called harbingers of Indian cultural ethos have even rescinded the age-old custom of “swayamvaram”.

The gender and caste-based violence that women face was highlighted by the unimaginable brutality in the rape of a young Dalit woman in Hathras. Such incidents, even if innumerable, seem to have become inadequate reminders of the need to end violence against women, and Dalit women, in particular. The latest instance of rape and death of a 50-year-old anganwadi worker by a priest in Badaun district of Uttar Pradesh exposes the inefficiency of the state administration to halt the violence against women and its role in reinforcing the persisting feudal, casteist and patriarchal structures of our society.

Needless to say, government structures have always been non-responsive to cases involving Dalit women especially, owing to their unprivileged position in a caste society. The Dalit-Bahujan movement, which I am a part of, has always sought gender and social equality and exposed the failure of administration in responding to violence and crimes against hitherto marginalised people.

The caste structure in India is, undoubtedly, complicit in perpetuating gender oppression. Dalit women face multi-fold discrimination due to caste, class and patriarchal structures. The Brahminical social order has often treated women as gatekeepers to preserve caste purity. While upper-caste women were anointed as agents of caste purity, lower-caste women are considered polluted and, therefore, targets of assault and crime. Women are subjugated by the customs, rituals, and rules as defined by the Brahminical structure. Moreover, the impunity among the upper-caste men — complemented by state apathy in dealing with cases – accelerates the physical and sexual violence against Dalit women, evident in the rape and death of two Dalit teenage girls in 2014 in Badaun; two Dalit minor girls in Walayar in Kerala in 2017; and a 23-year-old Dalit girl in Unnao in 2019.

The National Crime Records Bureau (NCRB) report “Crime in India 2019” recorded 3,59,849 crimes against women in 2017; 3,78, 236 in 2018 and 4,05,861 in 2019 — a persistent rise. Eleven per cent of reported cases of rapes were committed against Dalit women in India. UP has been at the top in terms of violence against women at 56,011 in 2017; 59,445 in 2018 and 59,853 in 2019. The state has the largest share of crimes against women in India at 14.7 per cent. Likewise, UP tops with the dubious distinction of the highest number of cases in dowry deaths, acid attacks, cruelty against women by husband or his relatives, kidnapping and abduction of women, and assaults on women with intent to outrage their modesty. The government in UP, though vigilant about the protection of cows, has failed miserably to make the state safe for women.

The root causes of gender oppression and sexual violence lie in religious scriptures that stand opposed to constitutional values. The complementary co-existence of a government with a reactionary leadership like that of Yogi Adityanath and a caste Hindu social order with a regressive outlook will undoubtedly exacerbate the existing caste and gender violence in India. Dr Ambedkar had foretold that “if Hindu Raj does become a fact, it will, no doubt be the greatest calamity for this country”.

It is time to make a pledge to destroy, demolish and decimate the caste-based discrimination and patriarchy that ails this country and oppresses women. It’s time that our commentators, who are more worried about the state of American democracy, take a deep look at the republic for women. And it’s up to the polity and society to be resolute to bring in equality for women and the Dalits. Otherwise, the immediate future may not be peaceful. The Dalit movement, through its anti-caste struggle, not only seeks to achieve the annihilation of caste, but also the annihilation of oppressive gender structures and obscurantism in society and polity.

The writer is the Bhim Army chief, founder of Azad Samaj Party