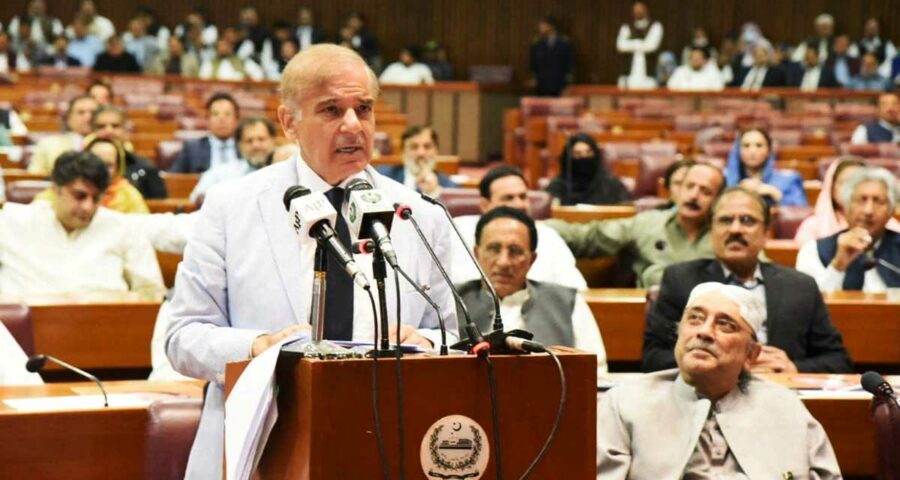 India will need to watch carefully and understand the new round of instability and uncertainty in Pakistan, while charting the course of its future diplomatic initiatives, points out Rana Banerji, who headed the Pakistan desk at the Research and Analysis Wing, India’s external intelligence agency.

Even as the dust settles after a tumultuous ten days in Pakistan which saw high drama before Imran Khan’s ouster as prime minister, certain interesting lessons of the changing domestic political scene came to the fore.

A charismatic politician with strong narcissistic tendencies did not hesitate to violate the 1973 constitution with impunity, rather in the manner of a military general. He also tried to encourage divisions within the army leadership.

It remained for a vigilant Pakistan supreme court to set aside in a unanimous 5-0 verdict on April 7, the deputy speaker’s ruling against the no trust motion, PM Khan’s advice to the president and the latter’s action to dissolve the national assembly, which were deemed ‘contrary to the constitution and the law, and of no legal effect’.

The five member Pakistan supreme court bench redeemed itself in no uncertain manner, disregarding the ‘doctrine of necessity’, hitherto shackling its reputation.

The Pakistan supreme court clarified though, that the issue of defection of party members under article 63 A of the country’s constitution, relating to defection, was not being decided in this ruling.

This prevented discontented members of Imran’s Pakistan Tehrik e Insaf (PTI) party from showing up at the no confidence vote on April 9, or for voting in Shahbaz Sharif, leader of the Pakistan Muslim League (PML-Nawaz) as the new prime minister on April 11.

Shahbaz Sharif made all the right noises during an impressive inaugural speech as PM in the national assembly.

At the very outset, he said that the matter of the alleged foreign conspiracy and the letter/telegram sent by Pakistan’s US envoy Asad Majeed Khan, raked up by Imran Khan, would be examined by the national assembly’s security committee, where the views of the powerful military establishment would be sought.

He acknowledged the difficult economic challenges before the new administration, but tactfully announced a few populist concessions for the poorer sections of society.

On foreign policy too, he trod the expected path, referring to the Kashmir issue, but expressing readiness for improvement of ties with India. 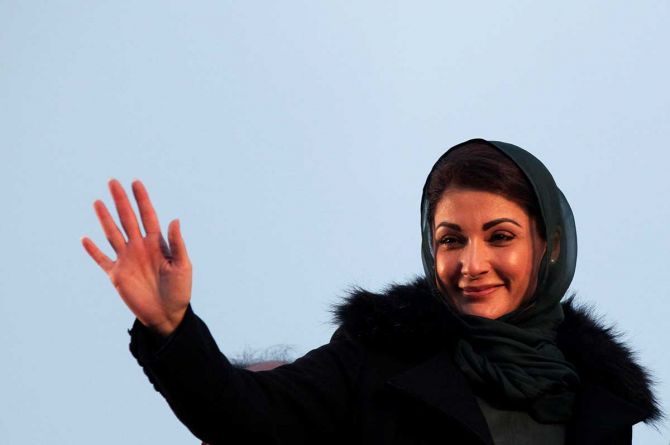 President Arif Alvi, who is counted as one of Imran Khan’s founder-party loyalists, stayed away, feigning a toothache.

The more phlegmatic Senate chairman, Sadiq Sanjrani, who has had links with People’s Party Chairperson Asif Zardari in the past, did the honours. Though General Nadeem Raza, chairman joint chiefs of staff committee, attended the delayed swearing in ceremony along with the air and navy chiefs, army chief General Qamar Javed Bajwa stayed away.

This may flag attention to the persisting distrust between the senior army leadership and the Sharif family.

The army’s role in former PM Nawaz Sharif’s ouster, in a sequel to the Dawn newspaper leaks of October 2016 and the Panama Papers investigations still rankles within the PML-N, just as the ballistic Gujranwala and Quetta speeches made by Nawaz Sharif during the Pakistan Democratic Movement agitation of 2020-2021, criticising General Bajwa and Lieutenant General Faiz Hameed (then the ISI chief) by name, do with the army.

Within the PML-N though, even as the ‘vote ko izzat do‘ (honour the vote) line was touted as a more effective slogan for catching the support of the masses, especially in Punjab, Shahbaz Sharif has been identified with a more moderate line, espousing avoidance of confrontation with the military establishment.

Keeping his coalition intact before going for fresh elections would be another of Shahbaz’s priorities.

Of the 174 votes won in the vote of confidence, the PML-N has 84 while the Pakistan Peoples Party has 56, the Muttahida Majlis-e-Amal 15 (mainly the Jamiat Ulema-e-Islam Pakistan-Fazlur Rehman), the Muttahida Qaumi Movement 7, Baluchistan parties 4 each (Balochistan Awami Party and Baloch National Movement).

The cabinet could broadly dictate this power sharing, with the PML-N getting 12 ministers, the PPP 7, the JuI (F) 4, the MQM 2, others 1 each.

Differences within the PML-N itself may emerge as a problem. Already, reports suggest, former PM Shahid Khaqan Abbasi, son of the late Air Commodore Abbasi who died during the Ojhri explosion (1984), who accredited himself well as PM after Nawaz Sharif quit in 2017, may not be accommodated in Shahbaz’s cabinet.

The charismatic Maryam Nawaz, Nawaz Sharif’s daughter, too may watch from the wings as Shahbaz’s son Hamza Sharif takes on the chief minister’s reins in Punjab. 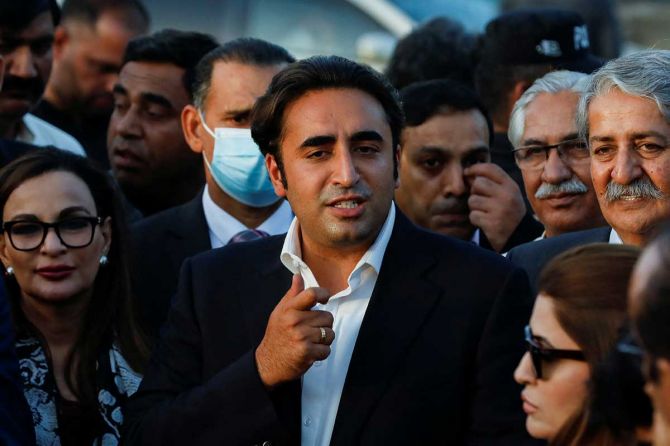 Whether Bilawal Bhutto Zardari takes on the foreign ministry himself, as is being widely rumoured, or hands it over to former foreign minister Hina Rabbani Khar would indicate how seriously the PPP takes its own stakes contributing to the smooth functioning of the coalition before it is decided to go for the next general elections.

Meanwhile, Imran Khan is all geared up to make things difficult for the new government, using the latent anti-Americanism card to good effect, adding a measure of radical Islam and claims to a clean image.

He is holding public rallies, hoping to build on a populist revival for his party’s fortunes, in anticipation of an early general election.

The decision to have his lot of reluctant PTI members resign en masse from the national assembly may yet work to his disadvantage in this context. 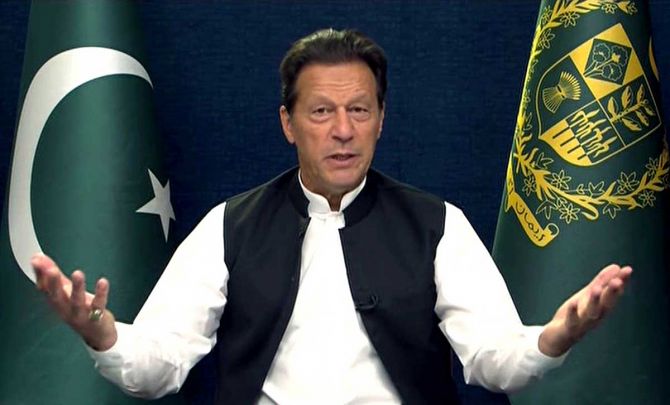 The nature of the present crisis from which Pakistan is poised to emerge seems different from similar ones in the past.

Political parties used to vie with — even conspire against — one another for favours of the military establishment.

No longer. The army’s failure in imposing different ‘hybrid’ models is being increasingly questioned by discerning critics in Pakistan’s civil society.

The army leadership may also be aware of this prevailing mood as it dabbles on its drawing board to plot new patterns of political evolution.

These developments will be riven with deep contradictions and conflicts that could be exploited by mercurial politicians like Imran Khan.

They are sure to spawn a new round of instability and uncertainty, which India will need to watch carefully and understand while charting the course of its future diplomatic initiatives.