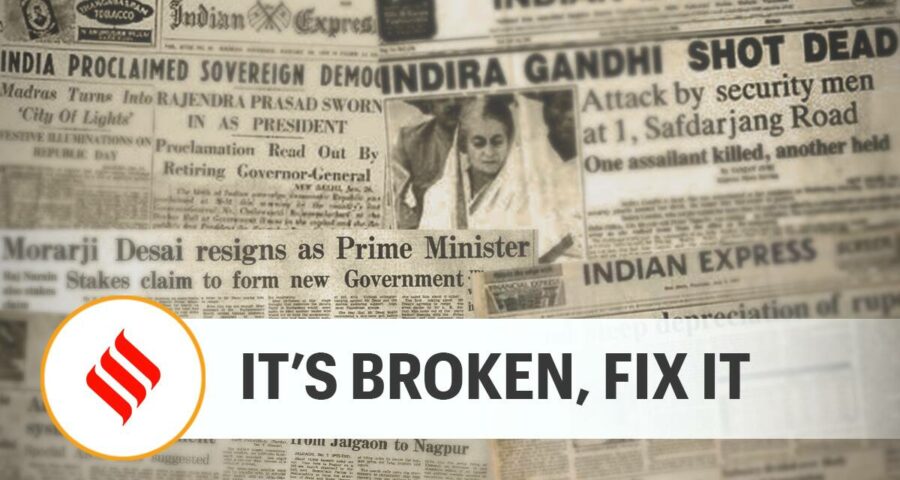 The 100 per cent cutoffs in DU undergraduate admission process are signs of a crisis that needs urgent solutions. The Delhi University undergraduate admissions process continues to offer proof that the system of high marks and higher cutoffs is broken — and it’s time to fix it. Case in point: Last year, one Delhi University college had set 100 per cent marks as a cut-off for entry to three of its undergraduate programmes; this year, seven DU colleges have made that the eligibility criteria for 10 courses. Moreover, for 94 undergraduate DU programmes, the cut-off this year is 99 per cent or higher — only 30 programmes in 2020 had made such a high demand of students. This means that less than 1 per cent of students who cleared the CBSE board examination this year have a shot at getting through these courses, unless cutoffs fall in subsequent lists. This hyper-competition is no sign of soaring standards of academic excellence, but a race to the bottom. It reveals a system under extreme stress — if not entirely broken — from the pressure of inflated marks and the gaping demand-supply gap in higher education.

Earlier this year, the CBSE and other boards did the right thing by putting children’s health first and scrapping the Class XII test. This was an opportunity for colleges and universities to discard a mechanical way of screening applicants. Some universities adapted to this new mode, either through entrance tests or by devising other criteria. In Delhi University, where admissions to 70,000 seats involves a complex process and the pressure of lakhs of applications, it was, perhaps, not easy to pull off a quick transition. The Ministry of Education’s plan to run a common entrance test for undergraduate admissions to universities, to be conducted by the National Testing Agency, which could have offered an alternative, also did not come through. Instead, what appears to have complicated its task is boards deciding to err on the side of generosity; state boards were equally guilty of this grade inflation, leading to 9,200 DU applicants from various boards with 100 per cent marks. That is perhaps why, even if the number of applicants to DU was higher last year (3.5 lakh as compared to 2.7 lakh this year), cutoffs are higher in 2021, even in less popular colleges.

In a young country like India, the demand for higher education will only keep growing. But to fix a system that sets up the majority of students for failure calls for more colleges and universities via greater public and private investment. The task for universities and colleges is also clear: They must grow out of this dependence on the board examination and the irrationality of the 100 per cent cutoff.

This editorial first appeared in the print edition on October 6, 2021 under the title ‘It’s broken, fix it’.