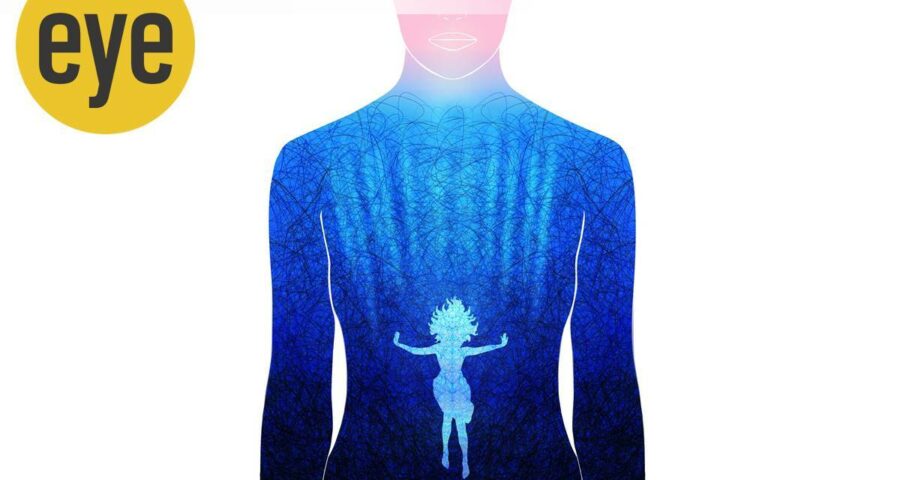 The pandemic has altered our notion of time, our sense of community. Amid so much unresolved grief, how do we find our way into the world again? In this special issue, we look at how this profound anguish is transforming our present and reshaping our future. First up, a meditation on the seismic change Time has altered during this pandemic — stretched out into a vast marsh of uncertainty. These past few months have been particularly swampy. During the recent Tamil Nadu lockdown, my parents and brother moved from Chennai to shelter with me further down the coast. We have not lived together for 20 years, but I was startled by how quickly we ordered ourselves. Between dogs, meals, dragging the projector out for evening films and dividing duties, our days took shape.

The philosopher Byung-Chul Han describes rituals as symbolic acts, techniques by which we make ourselves at home in the world. “They (rituals) turn the world into a reliable place,” he writes. “They are to time what a home is to space: they render time habitable… Through their self-sameness, their repetitiveness, they stabilise life.”

I worried about being an hour away from a big hospital. I worried about my brother, who has Down syndrome and is autistic, whose entire world is destabilised if he doesn’t have a banana after dinner. He can spend an hour splayed on the floor, jutting his arm out, demanding: banana, banana, banana. What if the village shop ran out of bananas? How to explain it to him?

We can barely explain things to ourselves. We are surrounded by numbers that threaten foundations. At the time of writing this, an estimated 4.2 million COVID-19 deaths. A further 230 million Indians pushed into poverty. All around us, so much unresolved, unaccounted for grief. How do we find the footholds to make our way in the world again?

In one of the great poems of lamentation written 4,000 years ago, the King of Uruk, Gilgamesh, sets out on a quest along the banks of the Tigris and Euphrates with his friend, a “wild man”, Enkidu. The two have grand adventures, but after a battle with the Bull of Heaven, the gods decide Enkidu must die. Gilgamesh, distraught, keeps watch over his friend’s body for seven days and nights and relinquishes the corpse only when he sees a maggot fall from its nostril. “Sorrow has entered my belly,” he says, “I become afraid of death and go wandering wild.”

A similar kind of grief-induced wandering occurs in Leonora Carrington’s Down Below, an account of her time in a Spanish asylum in 1940, after her lover Max Ernst was arrested and taken to a concentration camp. The 1972 memoir is a surrealist whirlpool into insanity, which she compares with being possessed, “like having been dead”. She writes about her madness, the disorientation of it; locates sorrow in the stomach, calling it the mirror of the earth; describes how the spasms that tear at it are like earthquakes.

Grief’s boudoir may be the belly, but like Gilgamesh, it has a wandering gene built into it. It can move from gut to chest, making the heart frequently feel wrenched, sick, broken, stopped. It can move into the blood, thickening it into sludge, or retreat and make you faint. It’s why we talk of grief as coming over us in waves or spirals. Grief never settles, needs to move. I like to think this is why Elizabeth Bishop wrote Invitation to Miss Marianne Moore in 1948 — to coax her grieving friend to re-enter the world. “The flight is safe; the weather is all arranged/ …We can sit down and weep; we can go shopping/ …but please /come flying.”

How do we grieve now that so many of us cannot move? Families are separated, friends live in faraway trenches. Our world has shrunk, and we have accepted this shrinking as a condition for living. The chance to “please come flying” has vanished. Instead, a flurry of death notices arrive like pigeons at our feet, and we have run out of breadcrumbs, of words. We can no longer keep company with our dead. Our grief rituals have been seized. Which boatman is going to take us across the river?

Earlier this month, I read about a sperm whale holding 1.5 million dollars’ worth of ambergris in its belly. It was found in the Gulf of Aden, making an entire Yemeni fishing community wealthy overnight. I thought about the weight of that ambergris — precious raw material for perfume, about the ongoing civil war in Yemen, the airstrikes and largescale famine affecting 24 million people. I thought about how if you carried on westward from the Gulf of Aden to the Red Sea, you’d have to pass through the Bab el-Mandeb strait, “The Gate of Grief”, named for the legend of hundreds of sailors who drowned there because of an earthquake, and along whose coasts, stone tools have been uncovered, suggesting that these were migration paths out of Africa for early humans.

I think about the idea of a gate as threshold, how there’s always a possibility of transformation in the crossing over. How Valmiki, walking through a forest to bathe one day, watched two sarus cranes in their courtship. A hunter’s arrow suddenly flew through the air, killing the male bird, leaving behind a haunting — the female bird’s song of grief. I think about how Valmiki cursed the hunter, and how it came out in the form of a 32-syllable quatrain, how he made shlok (verse) from shok (sorrow), and gave us the Ramayana.

I think about how sperm whales, like orcas and spinner dolphins and other mammals who move in pods, will hold the bodies of their dead for days by balancing them on the tops of their heads, holding them in their mouths, pushing them with their fins. Sometimes, other members of the pod will help the mother push the decaying corpse of her calf, and make protective circles around her; how this is a communal act of mourning.

Grief demands to be held before we can let go of it. It is a form of truth-telling, a conductor that ushers us between different states. To experience grief is to traverse some version of the underworld. We can call it the down below, the wilderness, whatever you see out of your window. Wherever grief takes us, we must go. In this period of great obfuscation, where we cannot even know the numbers of our dead, we must make testaments, lamentations. Leave behind our own versions of clay tablets like the story of Gilgamesh. Carry a suitcase like Leonora Carrington — her name beneath a small brass plate with this word inscribed: revelation.

What if grief was a reminder to be awake? As Giuseppe Ungaretti wrote, “We pay down/ death/ by living”. When we emerge from grief back into the world, we must necessarily be changed. It could be that we hold the possibility of transformation within us — individually, as communities, a country — ambergris in the belly.