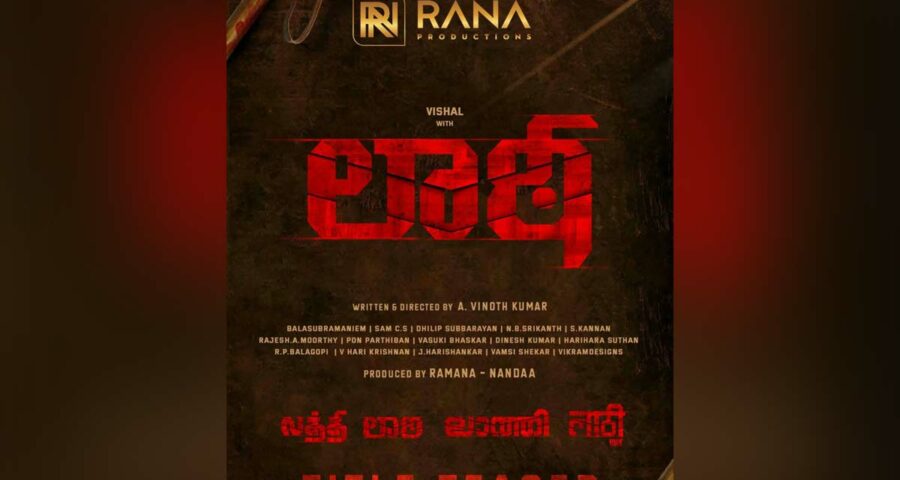 Laatti is the title of the Telugu version of Vishal’s new film #Vishal32 with Rana Productions. Ramana and Nandha, the two good friends of Vishal are debuting as producers with this upcoming film Laatti. Today evening the makers of Laatti i conformed the same by sharing a  title teaser that  gives a powerful vibes as it shows clothes hanging in the terrace and a shirt turns into cop uniform. Suddenly a lathi appears and Vishal’ hands hold it.

Vinoth Kumar is directing Laatti, Pon Parthiepan is penning the dialogues, Balasubramaniem is handling the cinematography and the music composer Yuvan Shankar Raja is taking care of the songs and background score.

Sunainaa is playing the love interest of Vishal in the film and veteran actor Prabhu also plays a crucial roles. The makers have completed two schedules and the new schedule is expected  to commence in Coimbatore very soon.

On the otherside, Abhimanyudu fame Vishal has already wrapped up the shooting for his action thriller drama  ‘Enemy’ and ‘Veeramae Vaagai Soodum’. The movie  Enemy, which has Arya in the role of villain, will be released in the theaters next month on the occasion of Diwali. He will also be seen in Thupparivaalan 2  which is his directorial debut.