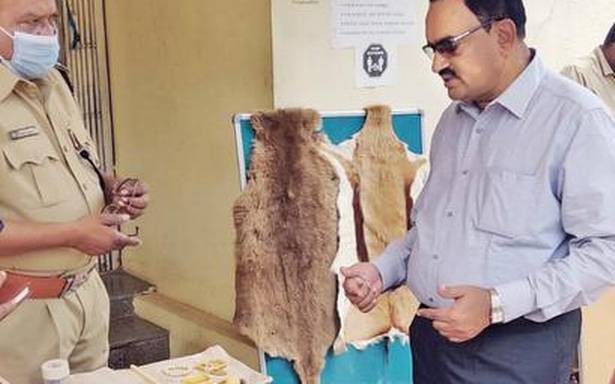 Officials of the forest mobile squad and the city police on Sunday raided the house of a software engineer in J.P. Nagar and recovered a huge collection of animal pelts and ornamental articles made from bones and skin of wildlife and marine life.

“The accused is a software engineer working for a multinational IT company. He claimed it was his hobby to collect rare artifacts and had purchased many of them online and sourced some from other countries. He also claimed that some of it had belonged to his grandfather Chikkaraja, who had worked with the royal family of Mysuru,” said Deputy Conservator of Forests Gangadhar G.A.

Even though the accused claimed that he had bills for the purchase, officials said that he had not declared them and was hence, culpable under the Wildlife (Protection) Act. The accused has been remanded in judicial custody.

The raid was carried out based on inputs provided by Wildlife Crime Control Bureau officials who had carried out similar operations in Kerala earlier. “Kumar had formed a WhatsApp group with others who had similar collections and they would discuss the purchases,” said Mr. Gangadhar.