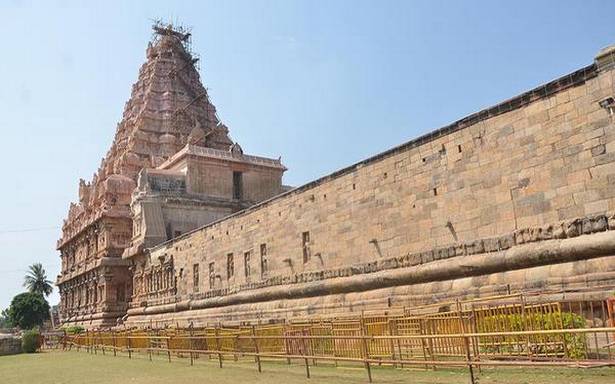 Events will be conducted in Gangaikonda Cholapuram

For the first time, the Tamil Nadu government is planning to observe the birth anniversary of the legendary Tamil king Rajendra Chola I on Aadi Thiruvathirai at Gangaikonda Cholapuram in Ariyalur district later this week.

An official announcement may be made in the next few days, multiple sources told The Hindu. As per the tentative plans, the Archaeology, Tourism, Art and Culture Departments would organise an exhibition and cultural programmes in Gangaikonda Cholapuram, the capital of the Chola Empire during the reign of the celebrated king.

However, a few history enthusiasts, including retired bureaucrats, have been visiting Gangaikonda Cholapuram every Aadi Thiruvathirai to conduct special prayers. A few inscriptions had indicated details about the birth star of Rajendra Chola I, and Aadi Thiruvathirai is widely believed to be the king’s birthday. “Funds to the tune of about ₹6 lakh are likely to be sanctioned for the function,” the source added.

It may be recalled that various farmers’ associations and religious organisations have, in the past, demanded that the birth anniversary of Rajendra Chola I be celebrated. The legendary king is credited with the construction of several temples in the Indian sub-continent.

In 2014, the Indian Navy commemorated the 1,000th anniversary of the coronation of King Rajendra Chola I, who had a mighty navy that expanded his empire to various parts of Southeast Asia. The State Archaeology Department has an office nearby and is putting together the chart for the event along with district administration in Ariyalur, they said.