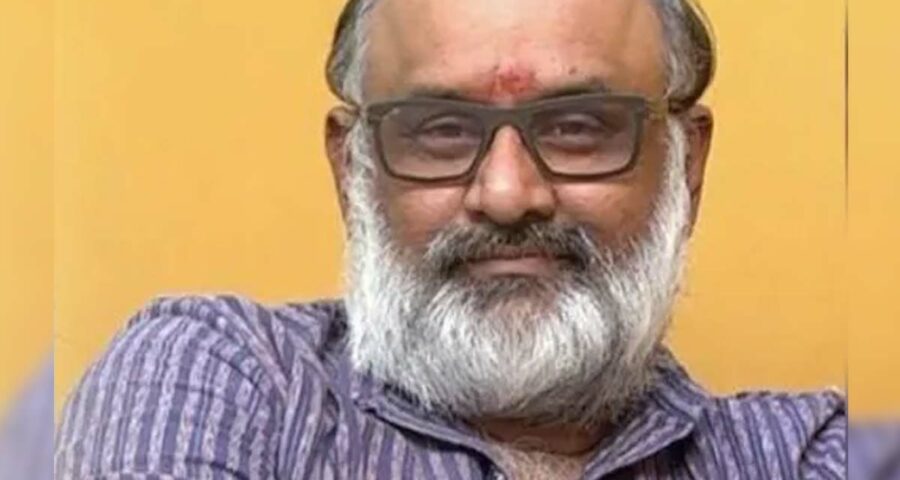 Popular actor and film critic Venkat Subha passed away today morning i.e 29th May. He breathed his last at a private hospital in Chennai, due to COVID-19/Coronavirus. According to reports, Venkat Subha was being treated for Coronavirus for the past 10 days here since the past few days however on Saturday, he stopped responding to the medications.  He was shifted to the ICU – Intensive Care Unit.

Venkat Subha is known for acting  in several Tamil soap operas in key roles. He was also a part of few Tamil films including Radha Mohan’s Mozhi , Azhagiya Theeye  and V Priya’s Kanda Naal Mudhal among others.  Venkat Subha was a YouTube film reviewer.

Over the last few months, there have been a number of deaths in Kollywood and within the families of the Tamil celebrities.  And today at 12.48 am the  actor and producer Venkat Subha passed away at a private hospital.

Venkat Subha’ close friend and producer Amma Creations T Siva took to Twitter to share the sad news of  actor’ demise with his followers. Many celebrities from Tamil film Industry including Prakash Raj and Radikaa Sarathkumar offered their condolences.

www.tollywood.net is expressing their deepest condolences over the death of Tamil actor Venkat Subha. May his soul rest in peace.