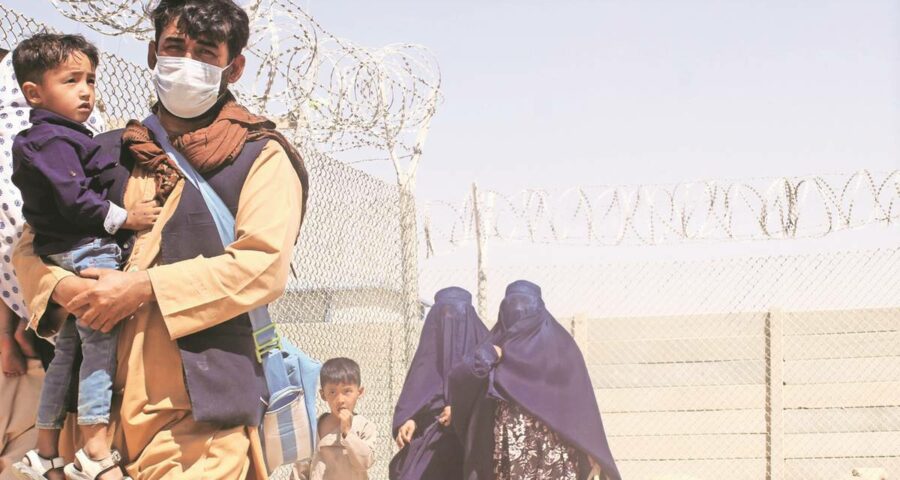 Noting that the situation in Afghanistan is very fluid and moving fast, Shringla said both India and the US are keeping a close watch on it. Days after India made public its first official contact with the Taliban, Foreign Secretary Harsh Vardhan Shringla has said New Delhi’s engagement has been “limited” and the Taliban have indicated that they will be “reasonable” in the way they “handle” Indian concerns.

Speaking to the media in Washington DC after meeting US officials, Shringla said: “Obviously, like us, they are also watching carefully and we have to watch Pakistan’s actions with a fine-tooth comb.” He was referring to the US adopting a wait-and-watch policy on the situation evolving in Afghanistan.

Underlining that India too has a similar policy, he said, “That does not mean you don’t do anything. It simply means that you have to… the situation is very fluid on the ground, you have to allow it to see how it evolves. You have to see whether the assurances that have been made publicly are actually maintained on the ground, and how things work out.”

“Our engagement with them (the Taliban) has been limited. It’s not that we have (had) a robust conversation. But whatever conversation we have had so far, they have been sort of… At least, the Taliban seem to indicate that they will be reasonable in the way they handle this,” he said.

Deepak Mittal, India’s Ambassador to Qatar, had a meeting in Doha with Sher Mohammad Abbas Stanekzai, a senior Taliban leader, on August 31. Stanekzai is widely tipped to be the foreign minister in the Taliban government expected to be announced soon.

Shringla said: “In our statement, we have said that we told them we want them to be cognisant of the fact that there should be no terrorism that emanates from their territory directed against us, or other countries; that we want them to be mindful of the status of women, minorities and so on so forth. And, I think they have, also, you know, made reassuring… from their side.”

He was in Washington DC for a series of meetings with his American counterpart and top officials of the Biden administration in addition to interactions with representatives from the industry and think-tanks. This was to prepare the groundwork for Prime Minister Narendra Modi’s likely visit later this month.

Noting that the situation in Afghanistan is very fluid and moving fast, Shringla said both India and the US are keeping a close watch on it. “Look, on 15th of August, you had a situation where (Afghan) President (Ashraf) Ghani suddenly left. You had the Taliban come in. The situation is moving so fast, it’s so fluid that it is difficult to comment at this point of time on anything,” he said.

At the same time, he said, the UNSC resolution on Afghanistan, adopted during India’s presidency, makes mention of proscribed entities in the UN sanctions list, including the Jaish-e-Mohammed and the Lashkar-e-Taiba.

“We do have concerns about the free ingress that these two terrorist groups have had in Afghanistan, their role, and we will watch that carefully. The role of Pakistan has to be seen in that context,” he said.

Responding to a question, Shringla said the Americans have always said the Taliban have committed to them that they will not allow Afghan territory to be used again in any manner that is detrimental to any country outside Afghanistan.

The US has made it clear to the Taliban that they would hold them accountable if any terrorist activities emanate from Afghanistan. The international community, he said, is on the same page.

“We are obviously very much engaged with the US on Afghanistan, on the situation there, the role of Pakistan there, and of course looking at how the situation would evolve in that country,” he said.

The fourth annual 2+2 dialogue between India and the US, Shringla said, would be held in November this year in Washington.

“We used this opportunity to have the 2+2 inter-sessional meeting at the joint secretary level. We are looking at the 2+2 which will happen in November. The exact dates are not yet worked out,” he said.

The 2+2 ministerial dialogue takes place between foreign and defence ministers of the two countries. The inaugural 2+2 was held in New Delhi in 2018.

The last meeting of the 2+2 was held in New Delhi and the next meeting is to be hosted by the US.

External Affairs Minister S Jaishankar and Defence Minister Rajnath Singh will be hosted by their American counterparts Secretary of State Antony Blinken and Secretary of Defence Lloyd Austin for the first 2+2 meeting under the Biden administration.

— With inputs from agencies