According to the documents, the contractor — Ram Kripal Singh Construction company — was asked to execute the work which was not part of the detailed project report (DPR) given administrative approval, nor was it part of the tender awarded to the company. 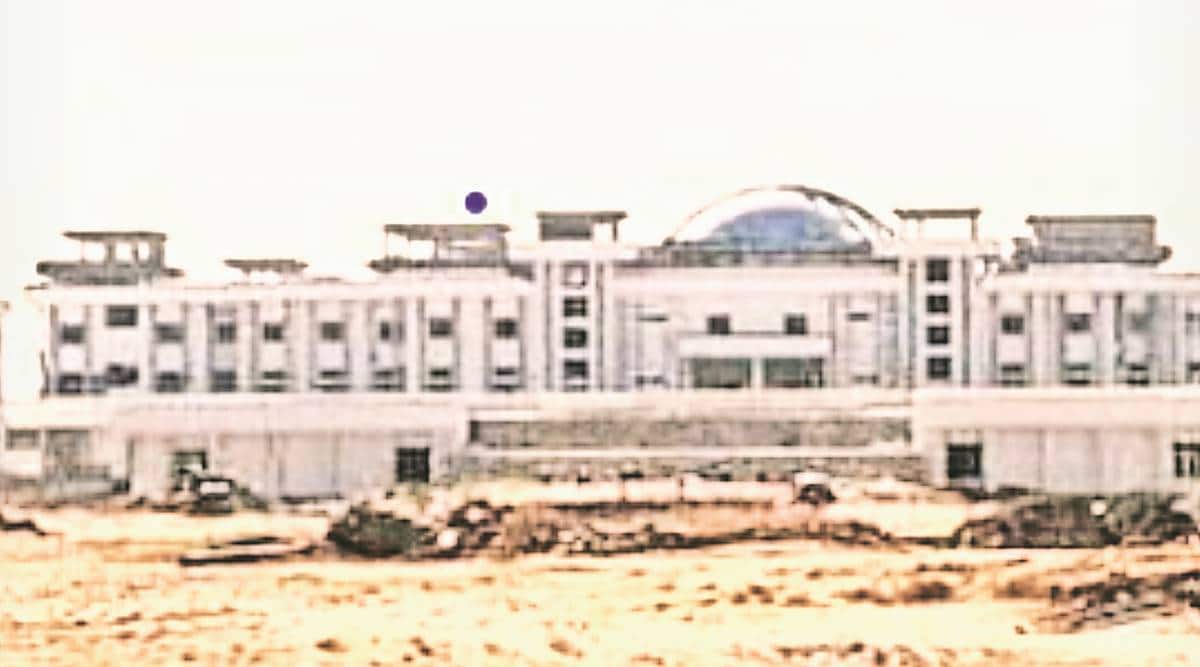 Additional construction of an advocates’ block for Rs 26 crore, a guesthouse for Rs 3.7 crore, AC trench and plant room for a combined Rs 22.22 crore — these are among several constructions in the new Jharkhand High Court building that led to cost escalation of the project, according to documents obtained from the state Building Constructions Department.

According to the documents, the contractor — Ram Kripal Singh Construction company — was asked to execute the work which was not part of the detailed project report (DPR) given administrative approval, nor was it part of the tender awarded to the company.

These are some of the irregularities for which 14 engineers of the Building Construction Department recently faced action, six of them getting suspended.

The state government also terminated the contract of Ram Kripal Singh Construction company from the construction project and floated a fresh tender to complete the remaining work.

The documents state that the deviation led to a total cost implication of Rs 157.49 crore, which is close to 60 per cent of the total contract amount of Rs 264.59 crore awarded to the company as part of DPR. This increase also led to revision of the proposal to complete the building in Rs 637.32 crore. However, a PIL was filed in HC after which the construction was halted.

Sources in the department said that cost escalation may take place in cases where extra items were not anticipated, replacing a particular item with another one of superior quality, among several reasons. But in all such situations, the officials pointed to the Public Works Department Code —rule 183 — which says that in case of cost escalation beyond 20 per cent, an administrative approval was needed to allow the construction. That was not the case in this project, they pointed out.

Secretary, Building Construction, Sunil Kumar did not want to comment on reasons behind the cost escalation, and why only 14 engineers — recently suspended, issued showcause notices and set to face department inquiry — were held accountable, and how the construction proceeded without knowledge of top-level officers.

He said: “We did terminate the contract of Ram Kripal Singh Construction company and as per my knowledge in the fresh tender the same company has not submitted its bid for the construction of the HC building. As for the revised estimates, only Rs 100 crore administrative approval was granted.”

The construction company could not be reached for a comment.

The High Court is also monitoring the progress of the new HC building construction, as it has been stopped for the last three years.

Here are some examples that led to cost escalation beyond 20 percent, for which administrative approval was not taken:

A source in the department said: “An Executive Engineer is competent to sanction extra cost due to variation in quantity up to 10 percent; 15 percent for superintendent engineer; and 25% for the chief engineer. However, in gross violations of the rules, an executive engineer sanctioned escalation of Rs 113.16 crore, who is authorized to sanction only 10 per cent of the contract amount.”