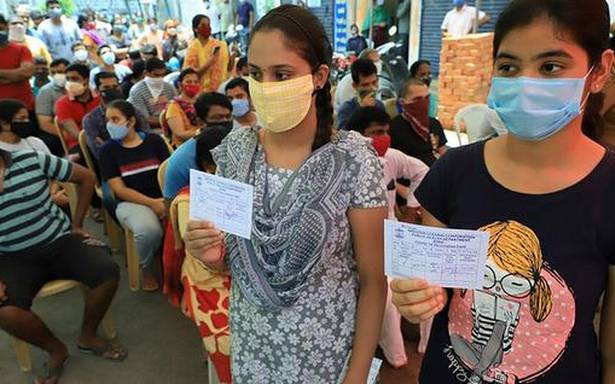 The Union government must urgently supply at least one crore doses of COVID-19 vaccines to Tamil Nadu, as its current allotment of 13.85 lakh doses is meagre and insufficient, DMK MP T.R. Baalu told Union Health Minister Harsh Vardhan at a meeting on Thursday.

Mr. Baalu, on instructions from Chief Minister M.K. Stalin, sought vaccine doses for the State. In a letter submitted during the meeting, Mr. Baalu said there were 3.65 crore people in the 18-44 age group in the State, but till date, only 13.85 lakh doses of vaccines had been supplied to Tamil Nadu. “This is meagre and insufficient,” he said.

A DMK release said Mr. Vardhan informed Mr. Baalu that the Central government had allotted 11,51,760 vaccine doses each for June and July, for the 18-44 age group, and 6,55,330 doses for the first 15 days of June for those aged 45 and above in Tamil Nadu. A similar quantity would be made available in the second half of June, he said.

The release added that the Health Minister said he had started the process of speeding up work at the Chengalpattu unit, and a decision would be taken by the Centre soon.