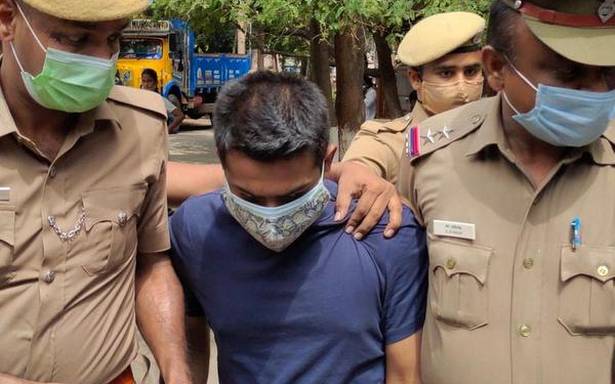 Coimbatore City Police have approached the District Court, Coimbatore, challenging the order of a lower court which sent a Flight Lieutenant who was arrested on charges of raping a woman colleague to the custody of the Indian Air Force (IAF), allowing a court martial.

The police said that the investigating officer of the case from the All Women Police Station, Coimbatore Central, filed a petition before the Principal District Judge on October 7 seeking the custody of the accused namely Flight Lieutenant Amitesh Harmukh (29).

A senior officer of the City Police said that the Additional Mahila Court on September 30 had ordered to hand over the accused from judicial remand to the custody of the IAF.

“The court handed over the accused to the IAF’s custody. The case has not been transferred to the IAF. The police are investigating on the woman officer’s complaint. Now we are challenging the lower court’s decision on the custody of the accused,” said the officer.

According to the officer, the plea filed before the District Court basically challenges the custody of the accused which the IAF claimed under Section 124 of the Air Force Act, 1950, which deals with the ‘choice between criminal court and court-martial’.

“The IAF is yet to form a court martial. Similarly the police are yet to file a chargesheet in the case. The contention of the police is that it is premature to give the accused to the IAF custody,” the officer said.

Another officer privy to the investigation said that a bed sheet which is suspected to have the semen stains of the accused was sent to a government forensic laboratory for analysis. A potency test was done on the accused prior to recording his arrest, said the officer.

As per the First Information Report filed by the police, alleged incident took place at the room of the woman officer on the campus of the Air Force Administrative College, Coimbatore, between 12.30 a.m. and 3 a.m. on September 10. It says that the accused trespassed into her room and committed the crime.

Witness give statement before magistrate

The police said that a woman officer, a batch mate of the survivor, on October 7 gave a statement before the Additional Mahila Court under Section 164 in the Code of Criminal Procedure. She is one of the witnesses in the case, the police said.