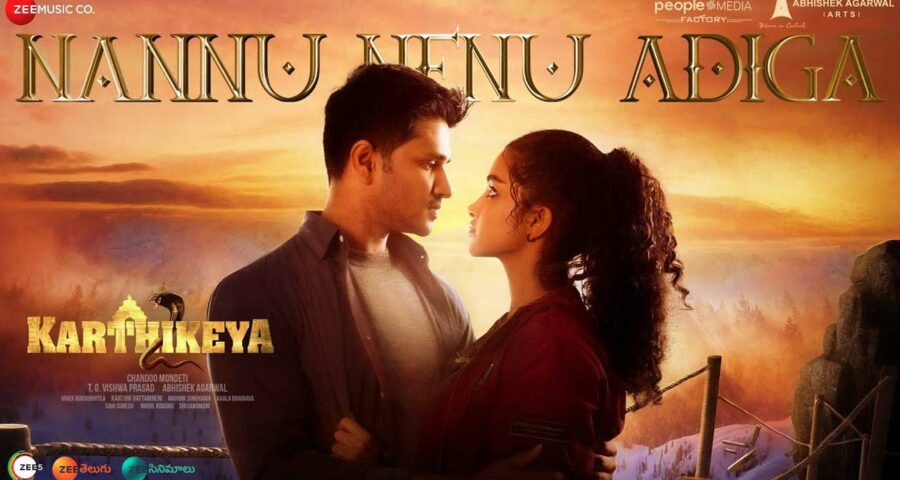 Karthikeya 2 is a mysterious thriller that features Nikhil Siddharth and Anupama Parameswaran in the lead roles. It is a sequel to a 2014 film with the same title. The film is creating a huge buzz among the public with its intriguing promotional content. The film will be released in August.

After releasing the first look poster, teaser and trailer, the makers have started to disclose the audio track. They have released the first single in the form of a full video song, instead of lyrical. The song showcases the clean love track between the leads and it is tranquilizing the listener’s mood.

The song is titled Nannu Nenu Adiga, made at the backdrop of colleges in AP state, especially in Rajahmundry, Bhimavaram and Eluru. The entire song is youthful and entertaining. It has been garnering good response from the viewers in terms of views and likes on YouTube and it seems to create a record in the coming days as well.

The music was composed by Kaala Bhairava and the song was crooned by the singer Inno Genga. Karthikeya 2 is directed by Chandoo Mondeti and the film will be released in all South Indian languages. The makers will fix the release date of the film soon.