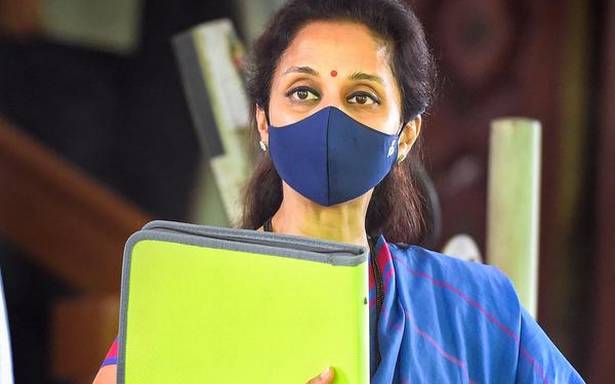 Ms. Sule, who also met Union Civil Aviation Minister Hardeep Singh Puri on Wednesday in this regard, requested Mr. Puri to extend the Ministry’s UDAN-RCS to Ujjani, considering the strategic location and suitability of the reservoir.

The Ujjani dam over Bhima river is located at the junction of Pune, Ahmednagar and Solapur districts and is around 125 km away from the nearest commercial airport at Lohegaon in Pune.

“The development of a water aerodrome would help provide proximate air connectivity for devotees visiting the Vitthal-Rukmini Temple in Pandharpur [in Solapur district] and also for the nearly 10 lakh people living within 50 km of the proposed water-drome,” said Ms. Sule in her letter.

The three-time MP further observed that owing to the relatively high levels of income of the residents in the region, commercial flight operations were a viable prospect and that there was a sufficient number of passengers throughout the year who would use flight services.

“The Ujjani water aerodrome could be connected to existing and proposed water aerodromes in Goa, the Thane Creek, the Sabarmati Waterfront and the Sardar Sarovar Dam,” Ms. Sule said, adding that it could also be linked to airports in major cities in Maharashtra such as Mumbai, Nashik, Kolhapur and Aurangabad.

Ms. Sule further noted that the Ujjani reservoir had sufficient water depth and low wind velocity throughout the year.

“The reservoir is Z-shaped and therefore there are possibly two to three alignments for take-off and landing that would ensure sufficient distance from Bhigwan Bird Sanctuary, as per the norms,” said Ms. Sule.

“If the project is greenlighted, then it will boost rural connectivity as envisaged by the UDAN scheme. It is definitely commercially viable as the reservoir is located in the middle of Maharashtra’s ‘sugar heartland’ and people here are relatively prosperous. Improved connectivity would also help people in the region connect with major cities, while increasing the tourist and pilgrim footfall,” Mr. Prasad said.