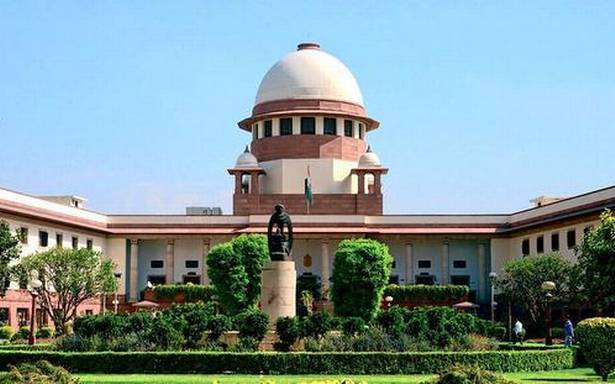 The resolve voiced by a Division Bench of the Supreme Court in July to “examine” the extent to which the judiciary can question the government’s COVID-19 policies drifts from the court’s three-judge Bench judgment in May, which held that courts cannot be “silent spectators when constitutional rights of citizens are infringed by executive policies”.

The May 31 judgment by a Supreme Court Bench of Justices D.Y. Chandrachud, L. Nageswara Rao and S. Ravindra Bhat is associated with the Centre’s reversal of its dual vaccine pricing policy.

On July 14, a Bench of Justices Vineet Saran and Dinesh Maheshwari said courts should not undermine the executive at a time when a “collective effort” was required to overcome the public health crisis.

“Can the court tell the Executive to get the formula (for vaccines) from companies abroad or decide the number of ventilators… These are times of crisis when everybody has to be cautious… Is this when the court should get into all this? Executive has the benefit of experts with their expert knowledge… We will hear submissions on how far constitutional courts should go into these matters… How much we should restrain ourselves,” Justice Saran had observed orally.

“There are certain norms based on which every institution should function,” Justice Maheshwari had noted.

The oral remarks from the Division Bench hardly gel with the observations made under a sub-heading ‘Separation of Powers’ in the May judgment authored by Justice Chandrachud that a public health crisis like COVID-19 does not mean the Constitution should be “kept away and forgotten” by the government.

The Justice Saran Bench was hearing an appeal by the Uttar Pradesh government against an Allahabad High Court order of May 17, which had described the medical system in smaller cities and villages of the State during the pandemic as “Ram Bharose” (at the mercy of the gods). The High Court had issued a slew of directions for the government, which included ensuring that nursing homes in the State have oxygen facility for every bed; certain percentages of beds, ventilators, etc.

The Supreme Court had stayed the High Court order just days before the Chandrachud Bench judgment in a suo motu case titled ‘In Re: Distribution of Essential Supplies and Services During the Pandemic’.

“Our Constitution does not envisage courts to be silent spectators when constitutional rights of citizens are infringed by executive policies. Judicial review and soliciting constitutional justification for policies formulated by the executive is an essential function, which the courts are entrusted to perform,” Justice Chandrachud had enunciated.

Responding to the government’s argument that it should have “room for free play in the joints” while dealing with the pandemic, Justice Chandrachud said the court has no intention to “second-guess the wisdom of the executive”.

“However, it (judiciary) continues to exercise jurisdiction to determine if the chosen policy measure conforms to the standards of reasonableness, militates against manifest arbitrariness and protects the right to life of all persons. This Court is presently assuming a dialogic jurisdiction where various stakeholders are provided a forum to raise constitutional grievances with respect to the management of the pandemic,” Justice Chandrachud had clarified.

The judgment highlighted that courts across the globe have responded to constitutional challenges to executive policies which violate rights and liberties of citizens.

Justice Chandrachud took the example of the United States’ Supreme Court, which said “a public health emergency does not give Governors and other public officials carte blanche to disregard the Constitution for as long as the medical problem persists”.