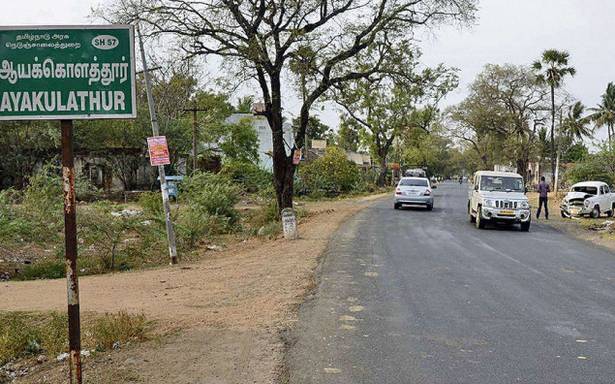 The petitioners said that the 2019 State law was violative of the Right to Fair Compensation and Transparency in Land Acquisition, Rehabilitation and Resettlement Act of 2013.

A Bench led by Justice A.M. Khanwilkar rejected the pleas made by G. Mohan Rao and other petitioners, who contended that the 2019 State law and its notification should be struck down as “unconstitutional, illegal and void”.

The petitioners had submitted that the Act was violative of the Right to Fair Compensation and Transparency in Land Acquisition, Rehabilitation and Resettlement Act of 2013.

Senior advocate Wilson, who led the lawyers appearing in the case, had argued that the 2019 Act was a means to revive laws already struck down.

The petitioners had argued that agricultural lands owned by them were acquired in “bits and pieces” for the purpose of connectivity from Enniren Port to Mahabalipuram under the Chennai Peripheral Ring Road Project.

“Lands which are to be acquired under the Tamil Nadu Highways Act of 2001 are highly irrigated lands and multi-crops are cultivated,” the petition had said.

The petitioners had said the purpose of the 2013 Act was to protect agriculturists and landowners from losing their lands, sometimes owned through generations, without reasonable compensation was defeated.