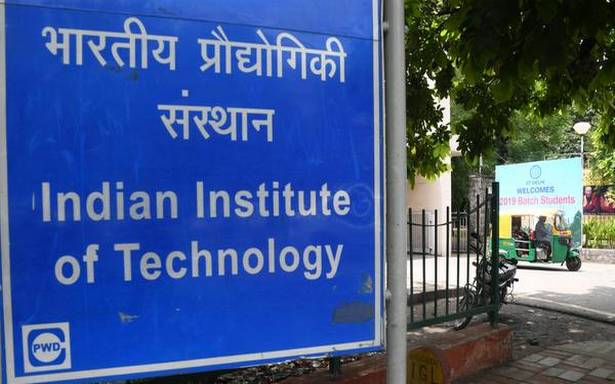 The Supreme Court on November 24 agreed to hear a plea seeking direction to the Centre and IITs to follow the reservation policies in admission in research degree programmes and recruitment of faculty members.

A Bench of Justices L.N. Rao, B.R. Gavai and B.V. Nagarathna said it is issuing notices to the Centre and all the IITs on the plea for prayer A which is related to following of reservation policies in admission to research programmes and recruitment of faculty members.

During the brief hearing, Advocate Ashwani Kumar Dubey, appearing for petitioner Sachichida Nand Pandey, said the IITs are not following the reservation policies and direction may be issued by the court.

The Bench said there are many prayers in the petition but it would only issue notice on the prayer A only.

Mr. Pandey has also sought directives for creation of mechanism for resolving the students/scholars and research harassment complaints and to constitute a committee of technical experts review the performance of existing faculty.

He has also sought cancellation of the appointment of non-performing faculty due to violation of reservation norms, formation of transparent recruitment policy.

“It is submitted that the process of taking admissions in the research program and appointment of faculty members by the respondents [IITs] are completely unconstitutional, illegal and arbitrary. The respondents are not following the guidelines of reservation as per the constitutional mandate,” the plea said.

It said the IITs are also not following the transparent process of recruiting the faculty members which opens up the window for non-deserving and candidates to enter IITs through connections that increases the chances of corruption, favouritism and discrimination, affecting internal ranking and technological growth of the country.

“The respondents [IITs] are completely violating the reservation policies that provide for reservation to socially and marginalised communities belonging to the SC [15%], ST 17%] and OBCs [27%]’, the plea said.