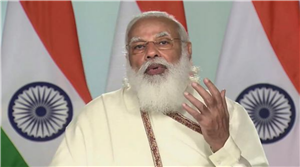 Modi and his Australian counterpart Scott Morrison also felicitated the participants of the India Australia Circular Economy Hackathon(I-ACE) at a virtual award ceremony. 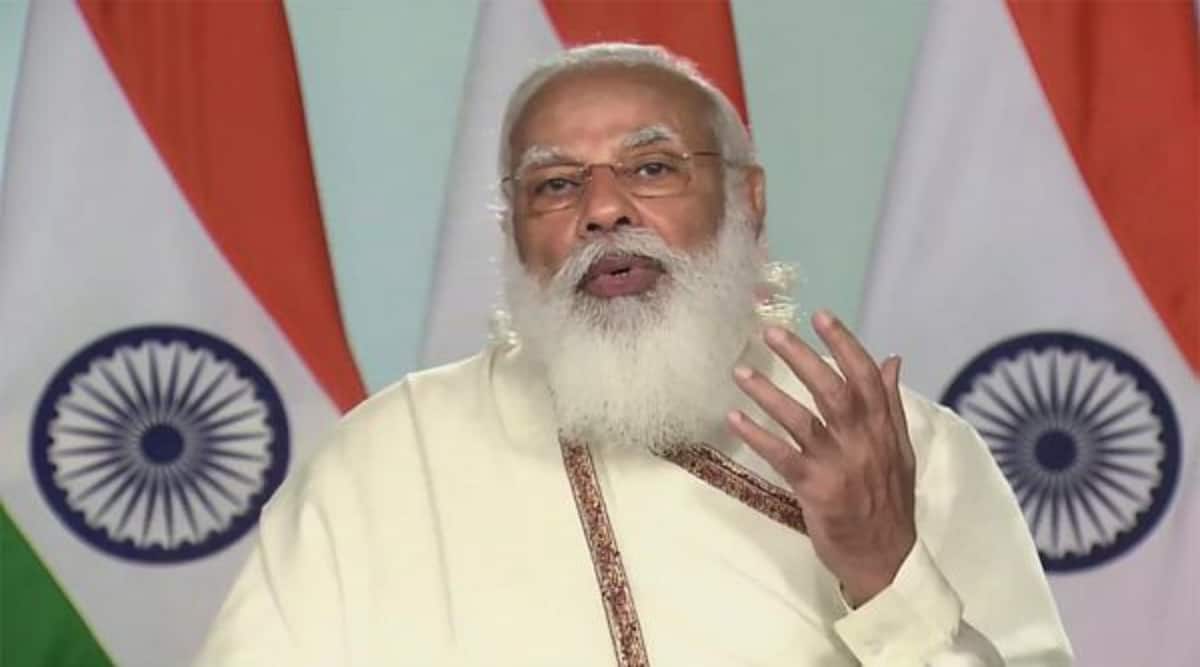 The strong India-Australia partnership will play an important role in shaping the post-COVID world, Prime Minister Narendra Modi said on Friday and expressed confidence that the two countries would take the lead in providing circular economy solutions.

Addressing the valedictory function of the India-Australia Circular Economy Hackathon, Modi said consumption-oriented economic models have put a great strain on the planet.

“We must never forget that we are not the owners of all that Mother Earth has to offer, but merely its trustees for all the future generations to come,” he said.

Stressing that it is not enough to make production processes more efficient and less polluting, Modi said no matter how fast or slow one drives, if the direction is wrong, then one is bound to reach the wrong destination.

“And so, we must set the right direction,” he added.

The prime minister called for looking at consumption patterns, and how their ecological impact can be reduced.

Noting that this is where the concept of a circular economy comes in, Modi said the concept can be a key step in solving many of our challenges.

Recycling and reusing things, eliminating waste, and improving resource efficiency must become part of our lifestyles, the prime minister asserted.

Modi and his Australian counterpart Scott Morrison also felicitated the participants of the India Australia Circular Economy Hackathon(I-ACE) at a virtual award ceremony.

The idea of the hackathon originated during the India-Australia Virtual Leaders’ Summit between the Prime Ministers of India and Australia, held on June 4, 2020.

“This hackathon has seen innovative solutions from Indian and Australian students, start-ups and entrepreneurs. These innovations show your commitment to the philosophy of circular economy,” Modi said.

“I have no doubt that your innovations will inspire our two countries to take the lead in circular economy solutions,” he said.

Also, ways must be explored to scale-up and incubate these ideas, Modi said.

Circular economy implies reusing waste back into the production cycle to make new products instead of wasting such materials with embedded resources.

Modi asserted that the power of youth comes from openness to new ideas and innovations, and the ability to take risks.

The energy and enthusiasm of today’s youthful participants is a symbol of the forward-looking partnership between India and Australia, he said.

“I have full confidence in the energy, creativity and out-of-box thinking of our youth. They can offer sustainable, holistic solutions to not just our two countries but to the whole world,” the prime minister said.

The strong India-Australia partnership will play an important role in shaping the post-COVID world, he said.

“And our youth, our young innovators, our start-ups, will be at the forefront of this partnership,” Modi asserted.

He noted that in June last year, Australian Prime Minister Morrison and he discussed the possibility of organising a hackathon on the circular economy, and was happy that their idea has been realised so soon.

In his remarks, Morrison also lauded the joint initiative.

The I-ACE Hackathon was organised jointly by the Atal Innovation Mission, NITI Aayog, India and Commonwealth Scientific and Industrial Research Organization (CSIRO), Australia with the aim of enabling students and start-ups/MSMEs from both countries to present innovative solutions for the development of a circular economy across the food system value chain.

I-ACE Hackathon was launched on October 16, 2020 and the initial round received over 1000 registrations from India and Australia.

The finals were held between February 9 and 11, 2021 where more than 200 participants in 39 teams from India and 33 teams from Australia took part.

Two university teams and two start-up/MSMEs from India and Australia were declared as winners for each of the four themes.

The winners will be supported by the innovation and incubation ecosystems of both Atal Innovation Mission, NITI Aayog and CSIRO Australia to enable them develop their solutions into products.