The street gets its name from the weight and might of the academic institutions that were first established here some two centuries ago. Specifically, Hindu College, established in 1817, now called Presidency University. Much before the concept of “book towns” gained traction across the world, Kolkata had its own interpretation of one within the neighbourhood of College Street. The term “book towns” itself isn’t very old—it can be traced to the 1960s when a man named Richard Booth in Hay-on-Wye in Wales, started the movement, that is used to refer to small towns and villages, “rural and scenic”, “full of bookshops and book-related industries”, writes Alex Johnson in his 2018 book ‘Book Towns’.

Also called ‘Boi Para’, College Street is one of the largest second-hand marketplaces for books, as well as the address for some of West Bengal and India’s most prominent publishing houses, for instance, Mitra and Ghosh Publishers, DasGupta and Company Pvt. Ltd and Dey’s Publishing. But the street gets its name from the weight and might of the academic institutions that were first established here some two centuries ago. Specifically, Hindu College, established in 1817, now called Presidency University.

“College Street owes nomenclature to the Hindu College, and not to the Medical College as it had a road named after it,” writes P. Thankappan Nair in his book ‘A History of Calcutta’s Streets’ (1987). Before it came to be known as Presidency College, the educational institution from which this street gets its name was called Hindu College, one of the oldest institutions of higher learning in South Asia. The college was so named because it was founded by David Hare with the goal to establish “an institution for giving a liberal education to the children of the members of the Hindu community,” mentions an entry in the Presidency College Register, compiled and edited by Surenchandra Majumdar and Gokulnath Dhar, Calcutta, 1927, says Nair.

The college opened in January 1817, with 20 students and was headed by Raja Ram Mohan Ray. Some of Bengal’s most educated philanthropists played various roles in overseeing the operation of this institution and its development. Despite its name and the founder’s attempts to create an institution exclusively for Hindu students, archival records from the college indicate that students from other communities, like Muslims, Christians and Jews also studied there. 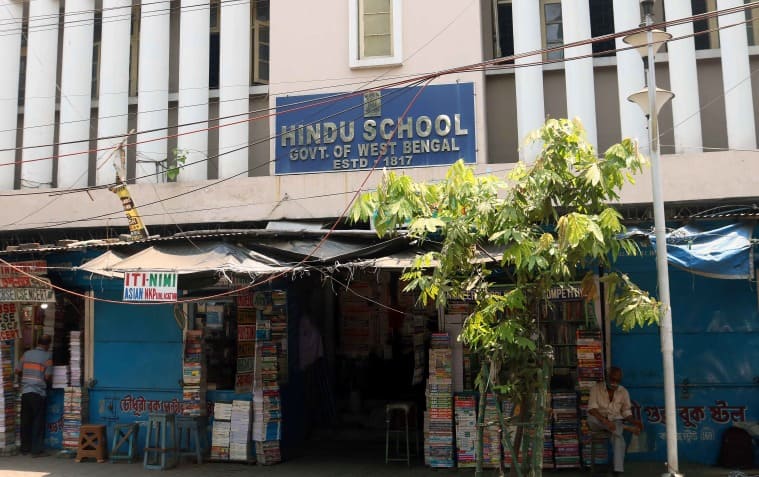 When the institution was first founded, its address was not College Street, but 304, Chitpore Road, a rented home some ten minutes away, that belonged to Gorachand Bysack. “In January 1818, the Hindu College moved to Feringhi Kamal Bose’s house located nearby. The building is a historic one because Raja Ram Mohan Ray inaugurated his Brahma Sabha here and Duff started his educational establishment later in 1834. From Chitpore, the Hindu College eventually shifted to Bowbazar and later to a building that now houses the Sanskrit College,” according to the Presidency Alumni Association. The change in name from Hindu College to Presidency College only happened in 1855, by when the institution had moved to its present location on College Street, the Association says.

Students enrolled at one of the many century-old institutions in the College Street area strongly believe that one can find the rarest of books and periodicals in the bookshops in and around this neighbourhood. While that may just be an exaggeration, the overwhelming selection and accessibility to unusual titles and collections makes it easy to understand why this myth has perpetuated. Walking distance from institutions like the Medical College, Calcutta University and Presidency University are restaurants and eateries that have interwoven stories and histories with these institutes of higher learning.

This is in part because establishments like the Indian Coffee House, Paramount, Favourite Cabin etc, became frequent meeting places for revolutionaries, many of whom were students in the nearby colleges and universities, where they would gather to plot against the British government during the struggle for India’s freedom.

These eateries continue to operate till date and little has changed in their interiors; only prices have been modified in step with the time that has passed. Recipes have largely remained the same over the decades, as have some of their oldest employees. Many eateries like Paramount and Favourite Cabin in the College Street area continue to be run by descendants of the people who founded them, many of whom were closet revolutionaries or sympathisers. For now, the Calcutta Tramways Company continues to operate on route number 5 that runs past Calcutta University and Presidency University on College Street. Amateur photographers stealthily lie in wait for when the tram goes down this route to get that precise frame capturing two of the city’s icons together, much to the bane of tram operators, who impatiently honk to clear away obstructing crowds. With Kolkata’s cityscape changing so rapidly, neighbourhoods like College Street provide escape for people desperately holding on to the embers of purono Kolkata.