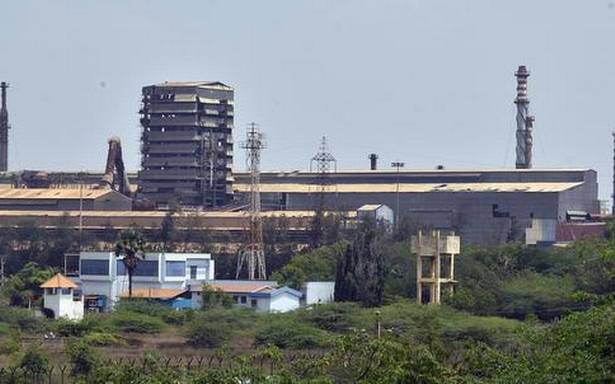 The second oxygen unit at Vedant-owned Sterlite Copper at Thoothukudi will commence operation this Sunday. “The first oxygen plant is operating consistently now and we are happy that we are able to supply oxygen, especially at the time of crisis. The second plant will commence operation this Sunday and with this we will have an additional 20-30 tonnes of supply,” Sterlite Copper CEO Pankaj Kumar told The Hindu.

“Apart from liquid oxygen, we are working on to see how we can give cylinders to hospitals who need them,” he said. Every activity inside the plant was monitored by a committee appointed by the government. The company had invited Expression of Interest (EoI) for a solution to transport around 800 tonnes (per day) of oxygen to hospitals. “We are evaluating this now,” he said.

Sterlite Copper had spent over ₹25 crore to get these two oxygen units up and operational. The operating cost of each plant is estimated at ₹5 crore a month. “The plant was shut down for over three years and we ensured that we started operations after we got power supply. The government and several OEMs helped start this oxygen plant,” Mr. Kumar said.

The firm has roped in over 300 people to work at these plants, of which 150 were its own employees. Mr. Kumar said that several local industries had offered to depute their workers. To a question, he said the matter is in court and the focus currently is on helping the government with oxygen and saving lives.

The company was looking for another plant outside Tamil Nadu and according to Mr. Kumar few coastal states had evinced interest and a decision regarding this would be taken soon. A few months ago Vedanta Ltd had called for an expression of interest (EOI) from State governments to set up a copper smelter in a coastal region in India with an investment of ₹10,000 crore. The company had then said that the copper smelter of 500 KTPA (Kilo Tonnes Per Annum) will require around 1,000 acres of land with proximity to port along with logistics connectivity with conveyor corridor of rail and road to handle 5 MTPA (Million Tonnes Per Annum) material movement on both inbound and outbound side. In its EOI, the firm had mentioned that the new proposed investment would create over 10,000 jobs and contribute ₹3,000 crore to the exchequer annually.