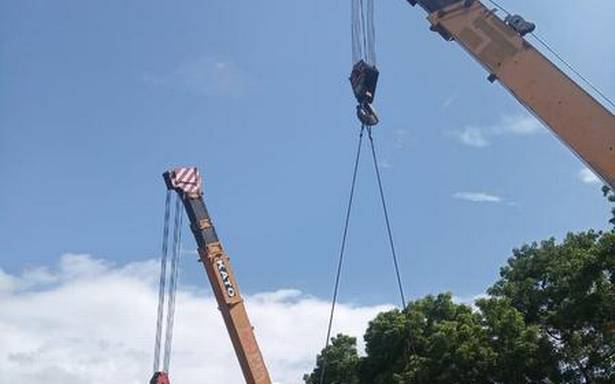 A coal-fired steam locomotive, which was manufactured by the Golden Rock Railway Workshop in Tiruchi for the Nilgiri Mountain Railway (NMR) services, arrived at the Mettupalayam Junction in Coimbatore district on Sunday.

Salem Division of the Southern Railway said in a release that the steam engine will undergo “extensive trial runs in the NMR stretch,” following which it will be inducted into service. Named ‘X-37400’, this is the first ‘X’ Class coal-fired steam locomotive manufactured in India and was flagged off by John Thomas, General Manager of Southern Railway, at the Golden Rock Railway Workshop on August 25.

The steam locomotive was dispatched by road from Tiruchi and reached Mettupalayam after nearly 10 days. With a length of 10.38 metres and weighing 50 tonnes, it can hold 3.8 tonnes of coal and its water tank has a capacity of 4,500 litres. The engine has also been fitted with rack and pinion arrangements for its operation in the hilly terrain of the NMR stretch, according to the release.