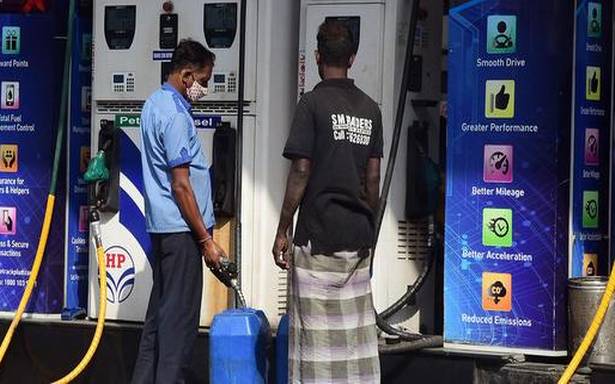 Many service-providers have tied up with oil majors and are applying for licences, including from the Petroleum and Explosives Safety Organisation

Diesel supply by startups is likely to catch up soon in Tamil Nadu. Around a dozen service-providers have tied up with the oil majors for supply to commercial establishments that require large quantities of the fuel.

Oil industry sources said the startups were in various stages of tying up and applying for licences, including one from the Petroleum and Explosives Safety Organisation (PESO). “Though they have started discussions with prospective clients, they have not yet started supply,” said an official.

Apart from fuel supply from outlets that have overhead filling points, the oil marketing companies would provide them with their automation system. “This would know the quantity taken by them, the indent from the end customer would also allow the customers to make payments,” the official said.

The startups have tied up with oil marketing companies after the Centre permitted them to supply to commercial customers, including industries, construction sites, hostels, wedding halls and educational institutions.

A. Vinodhraj, founder and CEO, GoFuel India Pvt Ltd, said he had already held discussions with clients and established a 24-hour helpline. “We find there is a good demand for supply of diesel at the doorstep since with services like ours, institutions need not maintain a vehicle for this, store jerry cans or have a driver to handle the fuel. We can also ensure zero wastage and eliminate adulteration. Right now, we can give at the same price as sold at petrol pumps,” he said.

Meanwhile, it has been over a year since diesel-at-your-doorstep was started by fuel outlets that had space for filling bousers and separate storage tanks.

A dealer said door-delivery was going on but not for the purposes meant.

“Many are supplying to truckers and bus fleet owners. Along with this, illegal bousers are doing business side by side, and the oil industry is not taking steps to stop it. Also, in the startups, we hear around 40,000 bousers are to hit the roads all over the country. The government also wants to start around 50,000 fuel outlets. There are already 70,000 fuel outlets in the country,” said a dealer.

Apart from all these, spurious bio-diesel is being sold ₹18 cheaper than the diesel at outlets.

“While the government wants to promote easy supply to consumers, we would appreciate if it is done according to the guidelines. Violators must be caught and penalised,” said the dealer.

He pointed out that supply to malls, hotels, hospitals and other public places having access to fuel outlets was not permitted under the guidelines.

They could only supply to remote sites, he said.