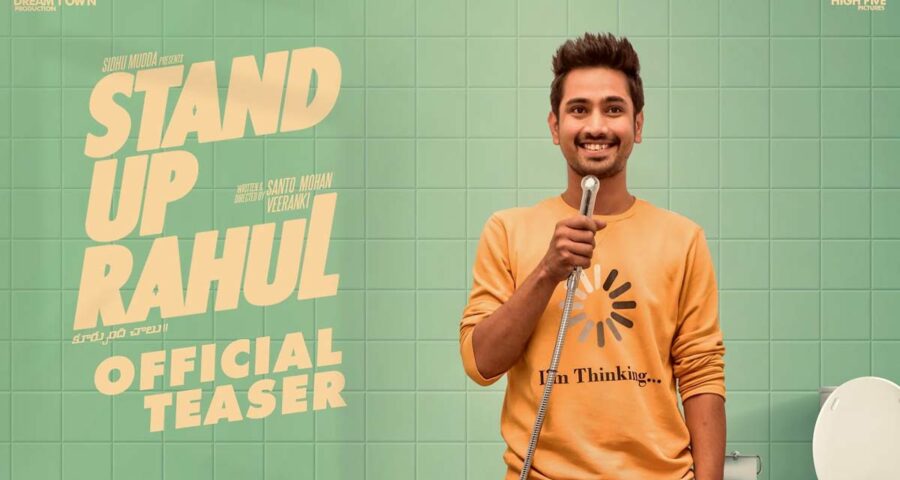 Baahubali and Nene Raju Nene Mantri fame Rana Daggubati launched the teaser of upcoming romantic and comedy movie Stand Up Rahul  in which  the young actor  Raj Tarun and Varsha Bollamma are playing the lead roles.

Launching the teaser, Rana Daggubati wrote on his microblogging page, “Here’s the Mic Dropping teaser for Stand Up Rahul .” In this upcoming drama, Raj Tarun is playing the role of a stand-up comedian who seems to struggle with his jokes.   The teaser looks humorous and youthful.

Raj Tarun starrer  is about a reluctant stand-up comic who doesn’t stand up for anything in life, finds true love and learns to stand up for his parents. Varsha Bollamma is  also seen in the teaser.

Stand Up Rahul is touted to be the story of a stand-up comedian who is stubborn and he falls in love with an equally stubborn woman. With a passion for his profession, how he balances his love life and career, will form the crux of the story.  It    is being helmed by  debutant Santo Mohan Veeranki   and is jointly produced by Nandkumar Abbineni and Bharath Maguluri under Dream Town Productions and HighFive Pictures banners.  Very soon the news regarding its release date will be made.