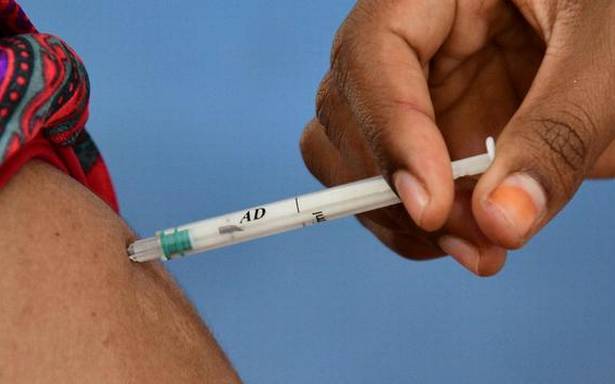 The Tamil Nadu CM, in his letter, asked for the revision of the inter-se allocation between government and private institutions to 90:10 from 75:25

Tamil Nadu Chief Minister M.K. Stalin on Monday wrote to the Union Health Minister to evaluate the vaccine doses allotted to various States so far, and to revise the inter-se allocation between government and private institutions to 90:10 as against the current allocation of 75:25. He urged that these steps be immediately undertaken by the Union government to ensure that the available vaccine resources are put to the best use possible in the shortest time.

Vaccine doses allotted to various States so far has to be evaluated in terms of doses allotted per thousand population, and the government has ensure that necessary compensatory allocations are made to States which have been allotted a lower number of doses per capita, Mr. Stalin said.

A copy of the letter was shared with the media.

“Under the new liberalised vaccination policy, the Union government is buying 75% of the vaccines and the rest are being provided to private hospitals, to allow them to vaccinate better-off individuals on a payment basis. While I agree that a part of the available vaccines has to be shared with the private institutions, I wish to bring to your notice the fact that this 25% allocation to private hospitals is grossly higher when compared to the actual vaccinations done by them,” he pointed out.

In Tamil Nadu, 1.43 crore doses have been totally used, of which private hospitals have used only 6.5 lakh doses, which was just 4.5%. In June too, private institutions have contributed to only 4.5 lakh doses (10%) of the 43.5 lakh doses administered across the State.

“The above mismatch between demand and supply in government and private institutions has resulted in a situation where the private hospitals in Tamil Nadu have around 7-8 lakh doses available with them, which is equivalent to one-month performance whereas government institutions are left with just 2 lakh doses which is lesser than their current single day usage. This can be rectified only by a more rational and performance-based distribution of available doses,” Mr. Stalin argued.

The availability of vaccines has emerged as the principal constraint in the last few weeks, he contended and pointed out that the allotment to Tamil Nadu so far has been one of the lowest among the States in the country in terms of doses per thousand population. Recalling his communication to the Union government requesting an allocation of 1 crore doses, he said: “This has not been done and the incremental increase in allocation for June-July is just in line with the increases made available to other States, who had got higher allotment in the past and therefore have already vaccinated more people.”

While he acknowledged that the allotment of 25% of vaccines produced to private hospitals may be to incentivise manufacturers by allowing them to sell a portion at a comparatively better price, Mr. Stalin argued that the need for a better-blended pricing for vaccine manufacturers “should not be allowed to undermine” the immediate goal of vaccinating our people at the maximum possible speed.

“This can be achieved by increasing allocation of vaccines to performing government hospitals. At the same time, it can be also ensured that vaccine manufacturers are not affected by the reduction in share to private hospitals, if the Union government’s procurement price is increased, so as to ensure that the blended price under the new policy is the same as the current one,” the CM said.

Mr. Stalin thanked the Union Minister for accepting Tamil Nadu’s request to the Union government procuring COVID-19 vaccines centrally and issuing them free of cost to all States for all eligible beneficiaries above 18 years of age. “This decision and my government’s continuous efforts to eliminate vaccine hesitancy and transform the vaccination drive into a people’s movement, have ensured that Tamil Nadu’s daily performance of vaccination has tripled during the current month,” the letter said.