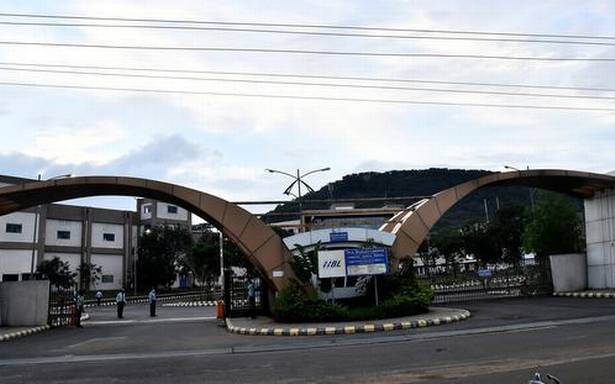 “I am very keen that this modern facility must be made functional immediately in the interest of our State as well our nation. This would substantially enhance the nation’s vaccine production capacity,” the TN CM said in a letter to PM Modi

Tamil Nadu Chief Minister M.K. Stalin has written to Prime Minister Narendra Modi seeking his intervention for handing over the assets of the Integrated Vaccine Complex (IVC) in Chengalpattu, owned by HLL Bio-Tech Limited (HBL) under the Union Ministry of Health, to the Tamil Nadu government on lease so that the facility can be put to use at the earliest.

In his letter to Mr. Modi on Wednesday, Mr. Stalin pointed out that the modern and high-capacity vaccine manufacturing facility in Chengalpattu district was lying un-utilized. “I wish to propose that the assets of IVC may be handed over to the State [Tamil Nadu] government on lease, without any past liabilities and with full operational freedom. The State government will identify a suitable private partner immediately and will make all efforts to commence vaccine production at the earliest,” Mr. Stalin said.

A suitable financial arrangement for the Union government to recover a part of its investment could be subsequently worked out after the commencement of operations, Mr. Stalin said and urged Mr. Modi’s intervention to immediately hand over the assets of IVC owned by HBL to the Tamil Nadu government so that the facility can be put to use at the earliest.

The Union government had already invested around ₹700 crore in this manufacturing facility but it has been lying un-utilized for want of additional funds. The recent attempt to find a private partner to run the IVC has also not borne fruit, as there were no bidders for it.

“I am very keen that this modern facility must be made functional immediately in the interest of our State as well our nation. This would substantially enhance the nation’s vaccine production capacity and cater to the vaccine requirements of the country as a whole and Tamil Nadu in particular,” Mr. Stalin said.

It may be recalled that Mr. Stalin had written to the Union government urging that the facility in Chengalpattu district be made operational so that vaccines could be produced at the unit at the earliest. Earlier this week, Mr. Stalin had also visited the facility and held a meeting with senior officials there.