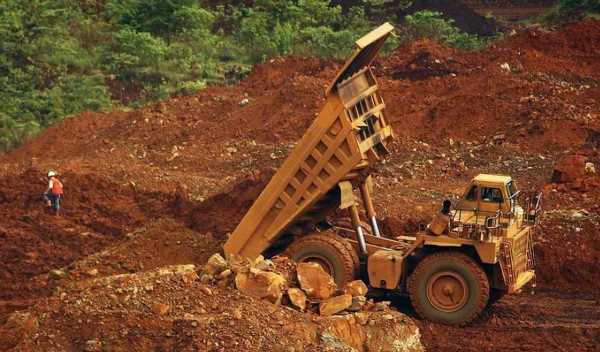 The next auction for bauxite blocks in Odisha may see heightened interest with Adani Group charting an entry into alumina refining and existing players looking to boost capacity. Adani Group – which will be setting up a 4-MMTPA alumina refinery and may enter aluminium production – is expected to bid for mines, though raw material linkages shall be available from Odisha Mining Corporation (OMC).

The sheer size of the proposed project may warrant raw material security.

“Securing bauxite supply will be a key success factor for the alumina project, since almost 3 tonnes of bauxite are needed for every tonne of alumina.

In the aluminium sector, as things stand, Hindalco and Nalco are the only players that are completely integrated — from bauxite to alumina to aluminium.

In Odisha, Hindalco and Nalco have captive bauxite mines, producing 10-11 mt of bauxite.

The balance is non-captive production or merchant mining, and largely controlled by OMC, which produces around 4-5 mt, according to industry sources.

Vedanta – after having famously tripped on a bauxite mining plan in the Niyamgiri hills (southwest Odisha) in 2013 – depends on OMC for most of its bauxite requirements to feed its 2-mt Lanjigarh alumina refinery.

In FY22, the company’s alumina production stood at 1.97 mt, for which it sourced about 5.8 mt of bauxite, said company officials.

Around 63 per cent of it came from long-term contracts with OMC and the remaining 37 per cent via imports.

Vedanta, which is ramping up its alumina capacity, is expected to bid for bauxite mines as and when they come up for auction.

According to reports, it was one of the five bidders for the Karlapat block that was auctioned last year.

The auction ran into a legal hurdle due to a tender dispute by one of the bidders.

During a media call last week, Sunil Duggal, chief executive officer of Vedanta, said the company was expanding its Lanjigarh alumina plant’s capacity to 5 mt over the next few years.

The company makes aluminium at Jharsuguda in Odisha and Korba in Chhattisgarh (under subsidiary BALCO).

Hindalco managing director Satish Pai, on the other hand, said during a call that while its upstream capacity would likely remain unchanged at 1.3 mt, the downstream output of the company would increase from 400,000 tonnes to 700,000 tonnes in the next five years.

The idea to focus downstream is largely to insulate from price fluctuations on the London Metal Exchange (LME) which impacts margins.

“Indian aluminium players operate in the first two quartiles of the cost curve.

“This means that the cost structure in Indian smelters is better than at least half of the capacities globally and hence, they have better resilience to withstand cyclical downturns,” said ICRA’s Roy.

As competition increases, raw material security could add to the advantage.