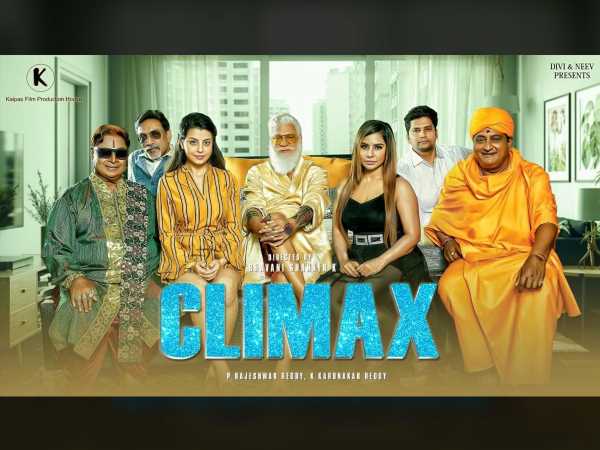 Telugu actress Sri Reddy created a sensation by talking about the casting couch in  the Telugu film Industry.  Sri Reddy is known for making  controversial comments and remarks on actors, directors and producers which kept her in limelight.  She is one of the actress who abused  Jana Sena Chief and actor Power Star Pawan Kalyan by using M word in front of cameras.   Now once again Sri Reddy is in the news headlines as she  is coming back in front of the public with a film titled ‘Climax’.  Rajendra Prasad is playing the lead role in the flick ‘Climax’ which is helmed by K Bhavani Shanker K. Sri Reddy and Rajendra Prasad’ film Climax OTT rights have been bagged by Amazon Prime Video.  Now Climax will be released on OTT platform. The film is alls set to  release in mid week of April 2020. The exact date of Climax’ release is yet to be finalized.

Touted to be a Hybrid Genre movie, the film  Climax  had hit the theatres in the first week of March 2021 and now it is going to premier on OTT platform- Amazon.