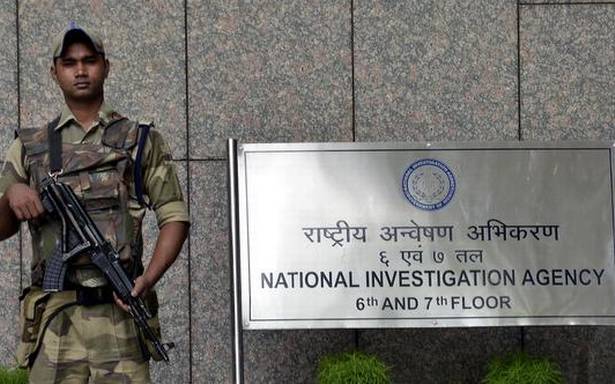 Two Tamil Nadu natives who were arrested in connection with the seizure of drugs, were the members of the proscribed terrorist organisation., the NIA submitted before the special court

The Liberation Tigers of Tamil Eelam (LTTE) was involved in the smuggling of arms, ammunition and drugs, which were seized from a Sri Lankan fishing vessel off Lakshadweep last year, according to the National Investigation Agency (NIA).

Two Tamil Nadu natives — Suresh Raj and Soundarajan — who were arrested in connection with the seizure of drugs, were the members of the proscribed terrorist organisation. The duo were working secretly for furthering the activities of the LTTE under the supervision of leaders of the organisaiton in Tamil Nadu, Sri Lanka and other foreign countries. The digital evidence collected from the accused has proved these facts, the agency submitted before the NIA Special Court in Kochi.

The Coast Guard had intercepted the Sri Lankan fishing vessel Ravihansi at Arabian Sea on March 18, last year and seized huge quantities of narcotic drugs, five AK-47 rifles and 1,000 pieces of 9mm ammunition from them. The agency had also arrested six Sri Lankan nationals. The case was later taken over by the NIA.

It was while seeking the custody of the Ahamad Fasly of Mannadi, Tamil Nadu, who was arrested on October 1, that the investigation agency submitted the details of the LTTE connection of the accused.

The custodial investigation revealed that the accused had collected huge amounts for the activities of LTTE through drugs and gold smuggling and hawala operations, the NIA submitted. The accused had also revealed the names of a few LTTE leaders and the methods of keeping the funds and the future plans of the organisation in collecting the arms and ammunition. The investigation into these aspects are progressing, it submitted.

The role of L.Y. Nishantha, the owner of the fishing vessel, and other accused Ramesh Arasarathanam, Anju, Deepa Rajan Rangan and Haji Salim in the crime were revealed during the investigation, it submitted.

Investigation into the origin and destination of the arms and ammunition seized from the accused, is progressing. The role of other suspects in the country and abroad, which was revealed by the accused, is also being probed, the agency submitted before the court.

The NIA had invoked the Unlawful Activities (Prevention) Act against the accused.