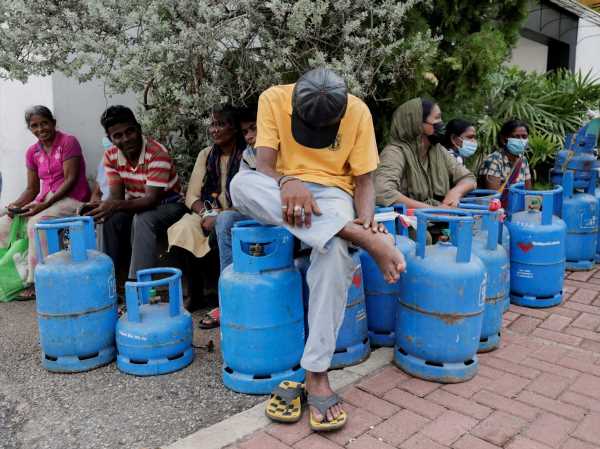 ‘For the common man, the economic conditions are not going to get better.’

Dr Dushni Weerakoon is an appointed member of the monetary board of the Central Bank of Sri Lanka and also a member, trade and productivity commission, ministry of development strategies and international trade.

As executive director of the Institute of Policy Studies of Sri Lanka and head of its macroeconomic policy research, she was in New Delhi to attend the 13th South Asia Economic Summit organised by RIS, a Delhi-based think-tank.

“Negotiations with the IMF have started, but if the political situation becomes untenable, the implementation of the programme will be difficult,” Dr Weerakoon tells Subhomoy Bhattacharjee/Business Standard.

How would you analyse the current situation in Sri Lanka?

We have an economic crisis that has spilled out as a political crisis.

Negotiations with the IMF have started, but if the political situation becomes untenable, the implementation of the programme will be difficult.

For us, the critical issue now is to ensure some political stability is restored, because if there is a vacuum, the IMF negotiations, too, will get suspended.

So, economic relief will also not be forthcoming. The spillover effect will be very harsh. What are the immediate challenges it faces?

For the common man, the economic conditions are not going to get better.

There is already a rise in the cost of living.

Food became scarce because of the supply-side constraints brought on by a ban on chemical fertilisers.

Also, as we are short of forex, that created long queues for many items.

The IMF rescue package will not come through before several months.

Meanwhile, our major lenders, India, China and Japan have to agree on restructuring our debt.

It is a complex process.

Until they agree, the IMF executive board will not sign on the deal.

Meanwhile, we need immediate forex support and the Sri Lanka government has reached out to India, China, ADB (Asian Development Bank) and others for bridge finance to tide us through.

Sri Lanka also does not have a demographic advantage.

Yes, unlike India, Nepal or Bangladesh, where the young population creates a rising consumption base and an expanding labour force.

Sri Lanka has to depend on making its older labour force more productive.

That means we need to invest in skills, in technology but all that requires a strong public finance.

Also, as our dependency ratio is high, the tax revenue needed to sustain these rises, whereas our population in the productive age group is shrinking.

Sri Lanka, therefore, is a complete outlier since our population is ageing at a much lower per capita income than, say, Japan.

The bulk of Sri Lankan labour force — about 60 per cent — is in the informal sector.

So, the IMF programme, that will put a cap on expenditure, is of serious concern for us.

What are the positives you see from these annual summits?

When you talk of South Asia, there is an unfortunate air of pessimism, like on trade possibilities.

It is a story of fits and starts, periods of accelerated engagement, like the India-Sri Lanka FTA of 1998, punctured by subsequent political fallouts.

I see, however, most of us now have coherence on macro policies, the need for outward orientation, liberalisation of tariffs, improving logistics and pursuing open borders.

Obviously, some will move faster bilaterally, like Bangladesh is negotiating an FTA with India. You pointed to the role of technology in solving problems in South Asia.

If you look at trade facilitation, there has been immense improvement in this region in making our Customs procedure digitalised.

In that sense, there is bypassing of border restrictions.

When Sri Lanka, for instance, needed to provide cash handouts in Covid, the Indian experience of unique ID — Aadhaar — was held up as a way forward for us too.

That is something we are implementing now.

In deployment of fintech, Bangladesh is way ahead in certain areas.

This region has similar bottlenecks in social and institutional infrastructure and these experiences are useful to share.

More than learning from say the US or EU, if there is an experience we could pick up from India that is more easily applicable to Sri Lanka.