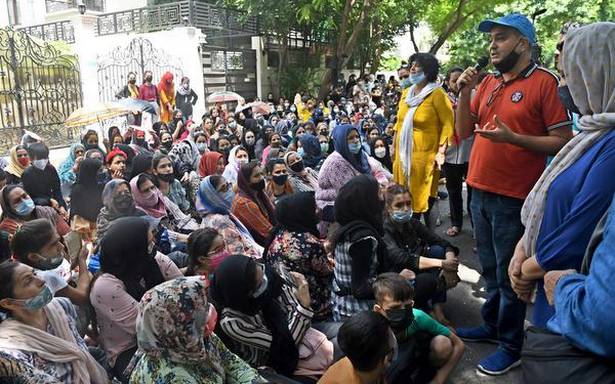 Taliban has refused to extend deadline for U.S. control of airport in Kabul

A special Indian Air Force aircraft is expected to evacuate at least 200 stranded individuals from Kabul in one of the final Indian airlift flights from Afghanistan following the takeover by the Taliban.

The passengers, who include Indian nationals as well as Sikhs and Hindu citizens of Afghanistan, are likely to arrive early on Thursday.

The aircraft is operating under difficult circumstances as the Taliban has refused to extend an August 31 deadline for the U.S. control of the airport in Kabul, which has led to a scramble among several countries to evacuate as many people as possible within the next few days.

Vikramjit Singh Sahney, international president of World Punjabi Organisation, told The Hindu that his organisation would provide assistance to rehabilitate needy families under a scheme, ‘My Family, My Responsibility’. The Hindu had reported earlier that apart from the 210 Sikhs, there were some more Indians who were likely to be evacuated later. It is possible that a third country could also step in to evacuate these vulnerable people.

There are reports that some of the stranded Sikh citizens of Afghanistan have approached Canada for evacuation.

Canada’s Minister of National Defence Harjit Sajjan announced on Wednesday that the country had carried out its largest evacuation of 530 people from Kabul airport on Tuesday.