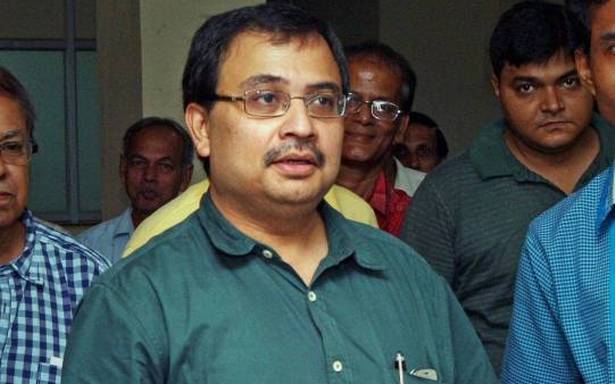 The special CBI court directed Kunal Ghosh to furnish a bail bond of ₹20,000 with two sureties of ₹10,000 each and to assist the investigating officer in the PMLA case.

Trinamool Congress (TMC) West Bengal general secretary Kunal Ghosh was on Thursday granted interim bail by a special court in Kolkata following his surrender before it in connection a case filed by the Enforcement Directorate in the Saradha chit fund scam.

The special CBI court directed Ghosh to furnish a bail bond of ₹20,000 with two sureties of ₹10,000 each and to assist the investigating officer in the PMLA case.

The court had on August 27 issued summons to the TMC leader and two others to appear before it on September 20 on a prayer by the ED, which is investigating allegations of money laundering in the Saradha case.

Ghosh’s lawyer claimed that he surrendered before the court on Thursday soon after getting information about the summons issued by it. He submitted that he is a law-abiding citizen and innocent.

Opposing the bail prayer, ED special public prosecutor Abhijit Bhadra told the court that the accused is an influential person and there is every scope of his evading trial in the case.

Ghosh has been charged with assisting main accused Sudipta Sen in acquisition of the proceeds of crime and money-laundering.

Observing that the ED’s investigation into the Saradha case in respect of Ghosh, who was the editor of the company’s publications, has been completed, Special CBI Judge Anupam Mukherjee said there is no reason for detaining him behind bars.