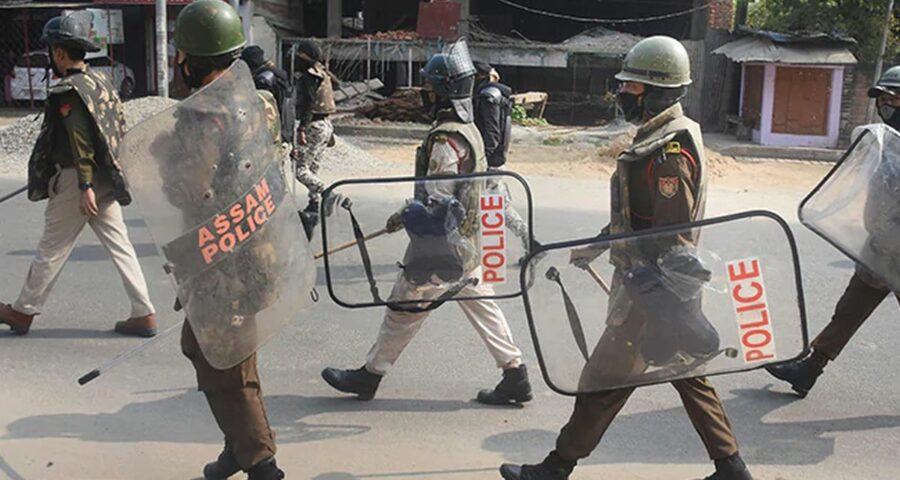 ‘There have been more than 70 cases of extra-judicial killings in Assam.’
‘In some cases, people have been taken away from their homes by the police and then shot.’

Police encounters have been on the rise in Assam since Himanta Biswa Sarma took over as chief minister in May. These are now state policy: in July, Sarma announced that police shooting at criminals ‘should be the pattern’, if the latter try to flee or snatch the police’s weapons (external link).

However, opposition to this policy is increasing. On December 17, Jagadish Bhuyan and Lurinjyoti Gogoi, who head the Assam Jatiya Parishad, wrote a letter to the National Human Rights Commission, drawing its attention to the manner in which ‘the trend of extra judicial killings’ which seemed to deliver ‘instant justice’, has set a dangerous precedent where police norms and guidelines could be flouted as a matter of course’.

On December 23, senior lawyer Arif Jwadder filed a plea in the Guwahati high court seeking an inquiry into the encounters that had taken place in Assam, pointing out that all the victims had been unarmed and handcuffed at the time they were shot.

Why did you write this letter?

There have been more than 70 cases of extra-judicial killings and shootings in Assam. Whatever the official story is, in some cases, people have been taken away from their homes by the police and then shot.

In a democratic country, can this be allowed to happen? Shouldn’t arrests take place according to law? Soon a situation will come when the police will kill anyone claiming he was a criminal.

The NHRC is a watchdog of our democratic institutions. If these institutions don’t survive, our country will be destroyed.

Justifying this policy in the assembly in July, Himanta Sarma spoke of two heinous crimes after which the accused were shot: The rape and murder of a 9-year-old girl, and the snatching of a cop’s rifle by an RPF man, who the CM said was the ‘kingpin’ of a drug network.
Sarma said the assembly needed to send a strong signal against all forms of crime.

There’s no question that crimes must be punished. Such cases should be sent to a fast-track court and the conviction must come quickly.

But is the CM’s argument for such encounters believable?

Are we to believe that 70 years after Independence, the Assam police has suddenly become so weak that people in their custody can boldly snatch arms from them so routinely?

There are police rules on carrying arms; policemen are trained how to protect their arms. How can a handcuffed criminal snatch a gun fixed on a policeman’s waist?

And the chief minister is openly patronising these extra judicial killings. This is a very big threat to democracy.

But the encounters policy has made Yogi very popular.

What exactly is going in in UP I don’t know, but by following Yogi’s style, our CM is only generating an atmosphere of fear.

In a democracy, people should not fear the government, they should respect it. Now, people in Assam are scared of the system, but do they respect it?

In a democracy, nobody remains in power forever. Today one party rules, tomorrow another. But those in power should think about running the government in a way that democracy survives. By creating fear you do the opposite.

Is there an agenda in this policy? In your letter you say that a significant proportion of the victims have been members of a particular community.

Of course the CM has a clear anti-Muslim agenda.

Hindustan is for everyone, and everyone is entitled to equal rights. You can’t run the government by creating so much hatred against one particular religion.

But as far as this issue of extra judicial killings is concerned, we wouldn’t like to look at it from a religious lens. All we say is that even a criminal must be given his rights. 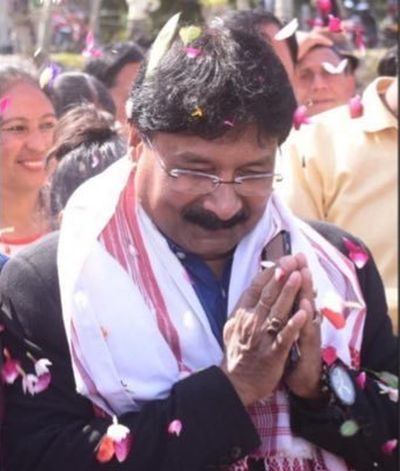 The CM could claim he has the people’s support. Besides, generally we have seen that people do support fake encounters of criminals, they think criminals deserve such treatment.

Well, in a democracy the biggest indicator of people’s support is elections. Himanta Biswa Sarma has received the people’s mandate, no doubt. But has he fulfilled any of the promises he made while campaigning?

He spoke of jobs. He didn’t say his police would be shooting down criminals.

As for people supporting this encounters policy — ordinary people look at it emotionally, they feel yes, criminals should be shot down. They will only realise the danger of such a policy when someone in their families will be targeted.

But we are responsible political parties, it is our duty to oppose this policy and bring it to the attention of those who can act, emphasise that it is unconstitutional. That’s why we’ve written to the NHRC.

Why didn’t you approach the court?

If a political party files a PIL, it is not taken well. The court may not even admit it. Someone neutral should file a PIL. 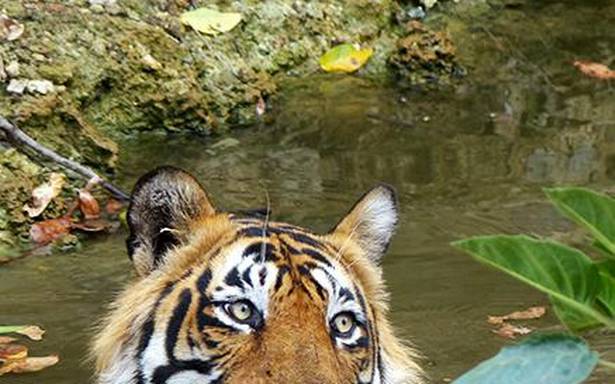