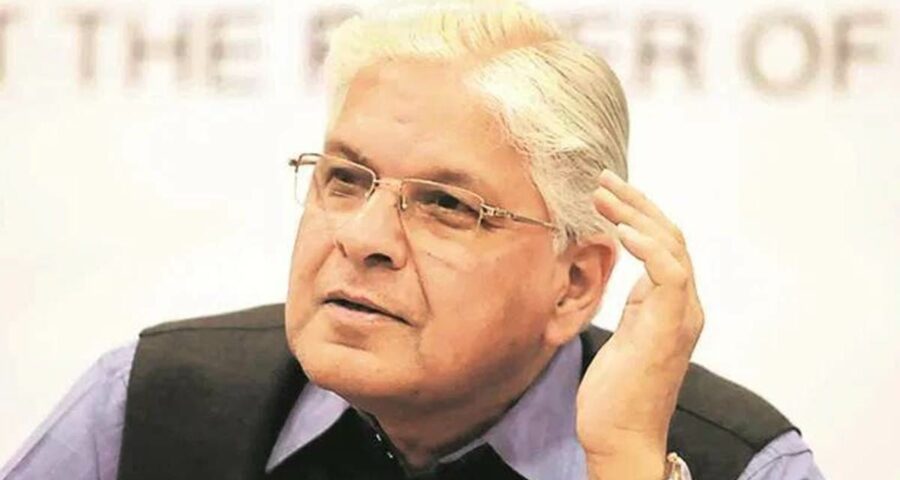 The veteran Congressman said he remained optimistic about the future of the party despite the rumblings within. A coalition of all Congress leaders, past and present, can provide a viable opposition to the NDA, said former Union law minister Ashwani Kumar, suggesting the need for collaborating with erstwhile Congress leaders like NCP chief Sharad Pawar and TMC chairperson Mamata Banerjee, among others, to revive the grand old party.

In Chandigarh en route to Himachal Pradesh, the veteran Congressman said he remained optimistic about the future of the party despite the rumblings within. “It is true that we have seen a decline in the fortunes of the Congress in the last few years but it is equally true that this is a historic opportunity for the party to revive itself … The fight today is between freedom and fear, inclusion and exclusion, justice and injustice. The Congress has to get its act together, address its internal weaknesses, and provide credible leadership that can forge national unity against the political establishment of the day.”

On the disquiet in the party on the concentration of power in one family, Kumar said after Rahul Gandhi quit as the party president, each of the letter writers — the 23 leaders who shot off a letter seeking complete overhaul of the party — begged Sonia Gandhi to fill the vacuum.

But the former minister admitted that regardless of the issues regarding leadership, the party cannot wait to address the internal problems that have weakened it over time. “Sonia Gandhi has provided outstanding leadership in the past, and has the maturity and wisdom to take the steps necessary to forge a national coalition of like-minded parties. She has shown the capacity to sacrifice in the national interest, and I am sure she would at the right time take such steps as are necessary to unite the secular forces in the country.”

Kumar, a former Rajya Sabha MP from Punjab, also underlined the need to find an early solution to the farmers’ agitation. “If the Centre doesn’t find an amicable solution soon, we could have a law and order situation in Punjab, if not in the rest of India.”

Kumar also blamed the widening trust deficit between the central government and the farmer unions for the stalemate. “The Supreme Court has stayed the implementation of the laws and the PM has also made a statement in Parliament that these laws will not be implemented till a particular time. However, the agitating farmers fear this is a ploy to gain time for enforcing the laws on an unwilling community. The government must address the trust deficit that is coming in the way of a negotiated settlement.”

A jurist, Kumar expressed his dismay at the increasing number of sedition and contempt cases against rights activists and journalists. “It’s a brazen attempt to muzzle the freedom of speech and criminalise dissent.”

The former law minister, however, supported the regulation of the social media. “In my hierarchy of values, the right to privacy, reputation and dignity must prevail, and it is possible to ensure that the right to free speech is harmonised with these rights through benign and purposive regulations.”