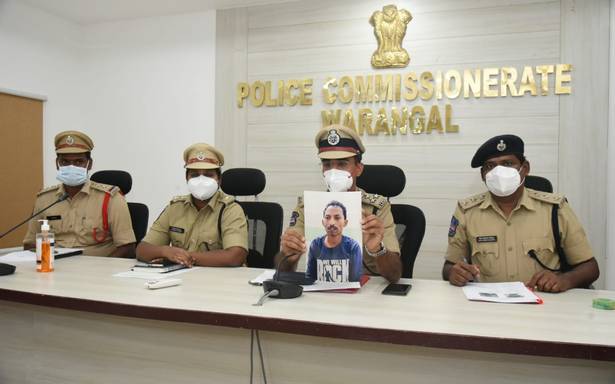 This was revealed to Telangana Police by another COVID-affected senior Maoist leader, Gaddam Madhukar, who was caught in Warangal while on his way to a private hospital in the town from Chhattisgarh for immediate medical assistance.

Madhukar who hailed from Kumaram Bheem-Asifabad district was the head of communications for Dandakaranya Special Zonal Committee. While Madhukar managed to evade police for more than two decades, it was COVID which forced him to break his self-imposed security measures.

Telangana Police have already anticipated that COVID affected Maoists might step out of their ‘safe zones’ to opt for treatment at private hospitals in the bordering districts.

Speaking to The Hindu, Warangal Commissioner of Police Dr. Tarun Joshi, said that they received reliable inputs about a large number of Maoist cadres infected with the coronavirus.

On June 1, on receipt an input that one senior Maoist cadre was visiting Warangal for better treatment from Chhattisgarh area, we conducted vehicle checking across the district and intercepted a vehicle at Mulugu Cross Road, in which we found Madhukar, he said.

According to the Commissioner, in the last 10 days a large number of tribals who mobilised from Chhattisgarh and also from bordering villagers of Telangana to participate in a protest against setting up of a new Police Camp at Silger village in Bijapur district of Chhattisgarh, have contracted the deadly virus and the villagers are suffering with COVID symptoms without getting any medical treatment.

It is also learnt that one cadre working as guard to Damodar, TSCM, was also affected with COVID and tried to run away from the party for getting medical treatment. However, he was apprehended by the militia cadre and not allowed to go outside for treatment, he said. “This illustrates that the CPI (Maoist) is violating basic Human Rights of the cadres and behaving inhumanly by not allowing the ailing cadres to go out for treatment,” Dr.Joshi said

The police also apprehended a minor boy, who was acting as a courier. Currently, Madhukar is undergoing treatment at a private hospital in Warangal.