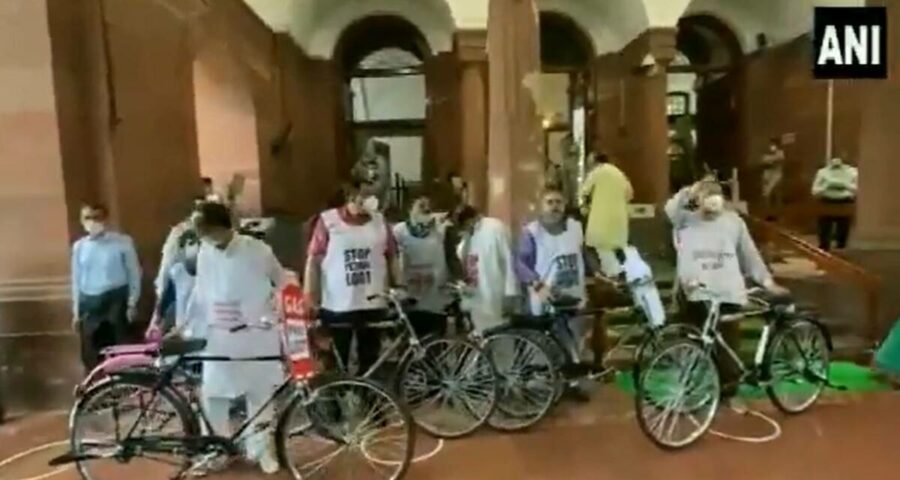 TMC MPs were heard shouting slogans against Prime Minister Narendra Modi over the rising prices of petrol, diesel and LPG. 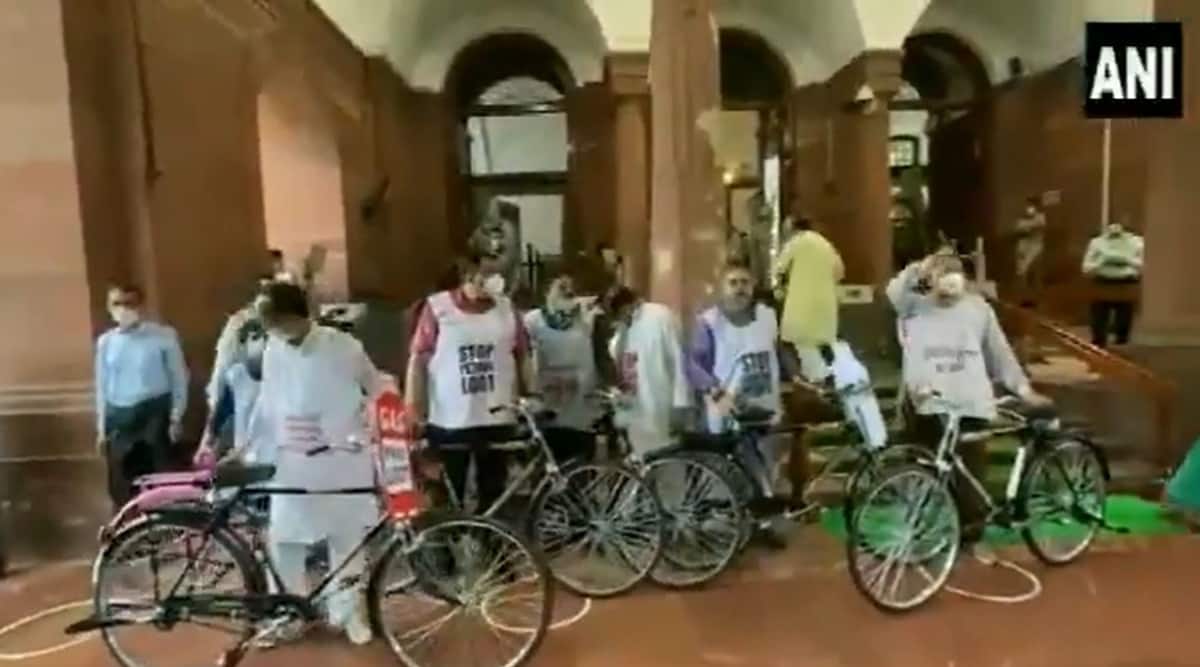 Protesting against the rise in fuel prices, six Trinamool Congress (TMC) MPs arrived on bicycles for the first day of the Parliament monsoon session.

In an ANI video, the TMC MPs can be heard shouting “Narendra Modi jawab do” (Narendra Modi give us answers) and “Jawab tumko dena hoga” (You would have to answer), questioning the Prime Minister on the rising prices of petrol, diesel and LPG.

Prime Minister Narendra Modi, before the session began, asked the Opposition to ask difficult questions but also allow his government to answer them. “I would like to urge all the MPs and all the parties to ask the most difficult and sharpest questions in the Houses but should also allow the Government to respond, in a disciplined environment. This will boost the democracy, strengthen people’s trust and improve the pace of development,” he said.

The Opposition is expected to corner the government on three major issues: rising fuel prices, the continuing farmers’ agitation and management of the COVID-19 pandemic.