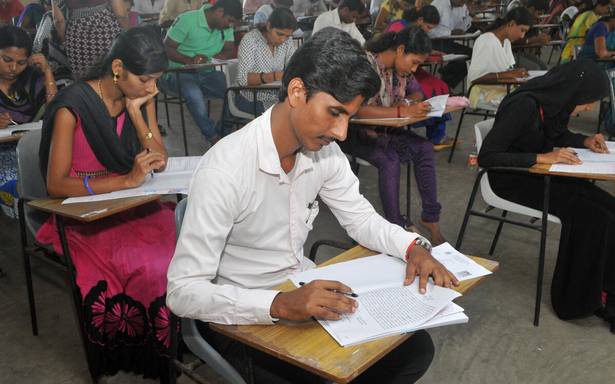 Following complaints by Aam Aadmi Party workers that the question paper for the December 23 ‘Semester-III Economics’ exam for B.Com. students at Saurashtra University had been leaked, the university’s Vice-Chancellor Professor Nitin Pethani declared the examination void.

“After we received complaints and got evidence that the paper had been leaked, we approached the police with a complaint. Prima facie the probe has revealed that the paper had started circulating on WhatsApp groups an hour before the exam,” Prof. Pethani told mediapersons in Rajkot.

Around 18,000 students had appeared for the leaked Economics paper at 80 centres. The exam will be re-conducted on January 3.

“Three students who have been arrested would not be allowed to take any exam in the university while principal Dilawar Kureshi’s educational qualifications will also be de-recognised,” a statement issued by the university said.

The university authorities have said that Surya Offset, the printing press being probed by the police for the alleged leak of the recent government head clerk recruitment exam papers, had also printed the Saurashtra University Economics question papers, but added that it was yet to be ascertained whether the paper had been leaked at the printing press.

The episode has once again raised questions about alleged irregularities and malpractices in examinations in Gujarat.