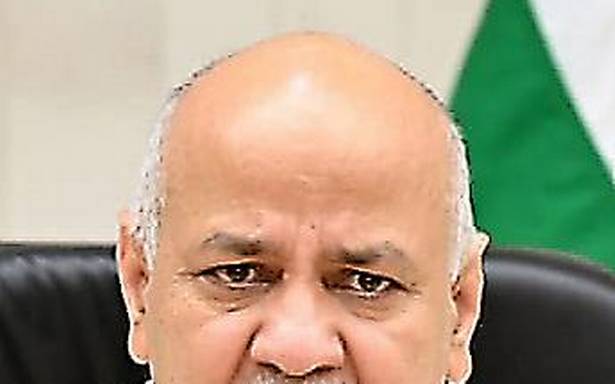 Deputy Chief Minister Manish Sisodia on Wednesday asked teachers, parents and students studying in educational institutions in the country to email their suggestions regarding reopening of schools to the Delhi government so that it may consult all stakeholders before arriving at a decision.

Mr. Sisodia said that over 5 lakh parents have met with teachers at the PTM organised for all Delhi government schools and many of them were eager to have schools reopened while some expressed mixed feelings as they feared for their safety of their children.

Teachers, parents, and students can send their suggestions regarding the opening of educational institutions by emailing to [email protected] the Minister said.

He added that the Delhi government had closed schools and colleges keeping in mind the safety and security of children but now that schools have opened or are opening in many nearby States and the situation of COVID-19 in Delhi is under control, the government was reviewing the decision.

“Approximately 70,000-75,000 COVID-19 tests are being conducted daily in Delhi, with only 40-50 COVID-positive people. Therefore, before making any decision to open institutions, the Delhi government wants to take their suggestions from parents, teachers, principals, and children as to when and how to open educational institutions. After the suggestions are received, the government will decide when and how to reopen the education system,” Mr. Sisodia said during a digital address.

Several student groups have been pressing on the government to open educational institutions as they feel that they have been missing out on learning. The JNU students’ union has planned to send mass emails to the Delhi government to reopen campuses and libraries and said that students are struggling to continue in colleges and universities and are on the verge of dropping out as campuses remain closed.

Ashok Agarwal, national president of the All India Parents’ Association, questioned why the Delhi government was asking for suggestions whether to open school or not as such a decision should be taken on scientific considerations.

“When schools were closed, did Mr. Sisodia ask for suggestions from parents/students? Why are they asking for suggestions now? Is the Delhi government not capable to take decision on reopening of schools/colleges on its own? Parents/students are not experts. The decision required to be taken on scientific considerations,” he said.

Mr. Agarwal added that the questions that parents and students need to ask Chief Minister Arvind Kejriwal is if the Delhi government is prepared to provide a safe environment to students in schools/colleges when they reopen. “An ill-advised government is just shifting its responsibility to hapless parents/students,” he said.

The Delhi government on Wednesday evening said that over 5,000 suggestions had already been received by the government within three hours of the announcement of the email address.

Schools in the Capital were ordered to shut last year in March ahead of a nationwide lockdown to contain the spread of COVID-19 and permitted the reopening of schools for classes 9-12 in January ahead of the board examinations but was suspended again in April due to the rise in COVID-19 cases.

States that have partially reopened schools this month include Gujarat, Maharashtra, Uttar Pradesh, Haryana, Madhya Pradesh and Bihar. Rajasthan, Himachal Pradesh and Andhra Pradesh have announced reopening of schools in the first week of August.