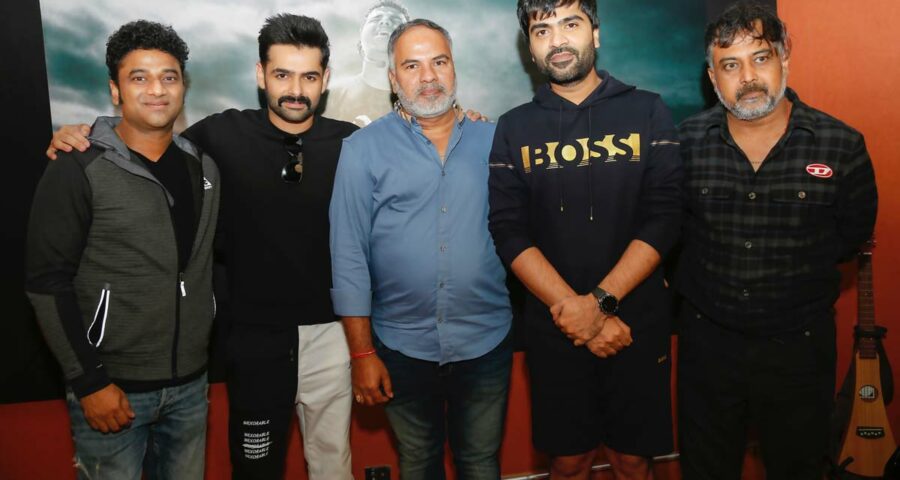 Ismart Shankar fame Ram Pothineni is currently working with Linguswamy for an upcoming action drama  which is titled The Warriorr,  where he is playing the role of a cop. The movie marks his first outing where he plays a cop.  The young actor  Aadhi Pinisetty who is popular in both Kollywood and Tollywood,  plays the antagonist whereas Uppena  girl  Krithi Shetty is playing the female lead in the movie. Today morning the makers of The Warriorr announced   that the song –  Bullet which is composed by sensational music composer Devi Sri Prasad, has the vocals of the star actor Simbu.

Simbu crooned the song Bullet for Ram Pothineni starrer The Warriorr, which is bankrolled by Srinivasaa Chitturi under the Srinivasaa Silver Screen banner.  Sujith Vaassudev is handling the cinematography.

The upcoming film marks Ram Pothineni’ debut in Tamil Film Industry.  Earlier during an interview,  the makers  of this action drama said,  “Though Ram Pothineni is an action hero, but the script also required a star who was not an out and out  action hero, but someone who also looks intelligent.”

In this film Ram Pothineni will be seen in two different shades  which is, scheduled to release in theaters on 14th July, 2022.