‘The high-speed-rail project will lessen pollution, congestion, and accidents’

The ₹63,941-crore Silverline semi-high-speed-rail corridor has the potential to take away 457 lorries off Kerala’s congested and accident-prone highways every day, since a dozen roll on-roll off (ro-ro) trains — each capable of carrying 40 lorries — will cover the 530-km-long Kasaragod-Thiruvananthapuram route in five hours, according to V. Ajith Kumar, Managing Director, Kerala Railway Development Corporation Limited (KRDCL).

Such trains operate at speeds of up to 140 kmph in the UK and Germany. They can touch up to 130 kmph in Silverline, for which rolling stock (rakes) can either be imported or built in India by firms which have expertise. The ro-ro trains will be able to operate mostly at night and during off-peak hours, he said.

The collateral benefits will be much more in the form of lessening pollution, congestion, and accidents. The Silverline project will reduce emission of greenhouse gases by 2.87 lakh tonnes in 2025-‘26, when the project is expected to be realised. It will increase to 5.94 lakh in 2052-‘53, when much more passengers and cargo are expected to use the service, sources in the agency said.

As per the plan, passenger trains in the corridor are expected to operate from 5 a.m. to 11 p.m. The per passenger fare is estimated at ₹2.75 per km. The ro-ro trains will take over from 11 p.m. to 5 a.m. and during off-peak hours.

Loading / unloading of goods from lorries at terminals, which will have direct link to wide roads, is estimated to be over in 90 minutes, as compared to 120 minutes on the Konkan route where the patronage for ro-ro trains is high, it added. 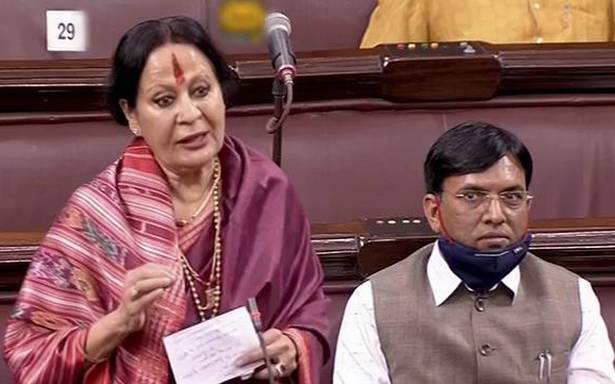